The place of execution of the Armenian military has been established, some of the dead have been identified

The Armenian side has already established the place of the brutal massacre of the Azerbaijani Armed Forces over the captured Armenian soldiers. This was stated to Sputnik Armenia by human rights activist Siranush Sahakyan, without disclosing the exact location for reasons of expediency. 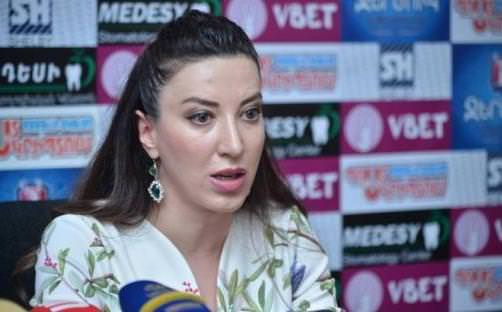 According to her, some of the killed soldiers have also been identified. In total, we are talking about the murder of 7-8 servicemen who were captured during the Azerbaijani large-scale aggression on September 13.

On Sunday, Telegram channels circulated footage showing how the Azerbaijani Armed Forces shoot a group of Armenian prisoners point-blank. The video has already been commented on by the Prime Minister, the Ministry of Foreign Affairs and the Ministry of Defense. The Armenian authorities called on the world community to hold Azerbaijan accountable. EU Special Representative for the South Caucasus and the crisis in Georgia, Toivo Klaar, also responded to the video. And the representation of Armenia in international judicial structures reported that on October 3 they would send relevant appeals to the ECtHR and the International Court of Justice.

In this regard, Sahakyan stressed that Yerevan has already presented to the international community a sufficient amount of evidence of war crimes by Azerbaijan, which allows us to speak with absolute certainty about the trend, as well as the scale of the crimes, that these are not isolated episodes at all.

“Unfortunately, various economic and political interests so far prevent a clear assessment of Baku’s actions. The Armenian authorities now face the task of obtaining adequate measures from the international community. It is necessary to show and prove what such inaction leads to, and that permanent impunity gives rise to new crimes,” Sahakyan added.

The Armenian law enforcement agencies also have a lot of work to do, the expert believes. Armenian investigators can transfer all information about criminals to international partners, and states friendly to Armenia can put these persons on the wanted list.

As noted above, some of the dead soldiers have already been identified. According to Sahakyan, some of the military are currently listed as missing. Perhaps the enemy has not yet handed over their bodies, or handed over, but so far the identification process has not been completed.

Recall that on September 13, the Azerbaijani Armed Forces launched a large-scale attack on Armenian positions in Syunik, Vayots Dzor and Gegharkunik. Not only military installations were subjected to intense shelling, but also settlements and civilian infrastructure directly on the territory of sovereign Armenia. Fights with varying intensity were going on in different directions – Sotk, Vardenis, Artanish, Goris, Kapan, Jermuk, Ishkhanasar. On the evening of September 14, an agreement was reached on a ceasefire.

Seduce the 'beautiful maiden of Asia'