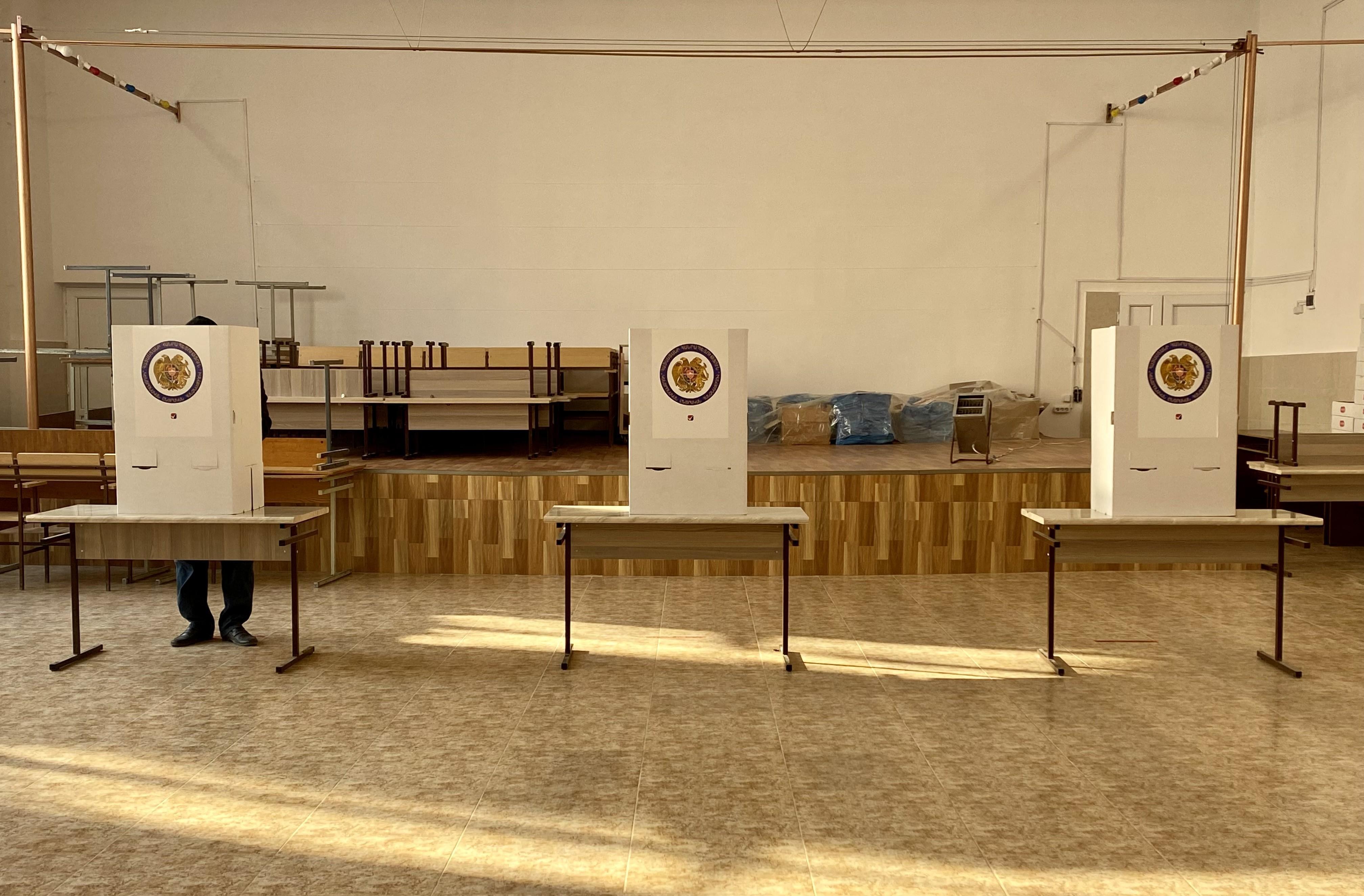 The Investigative Committee informs that factual circumstances of evidential importance have been obtained in the criminal proceedings initiated in connection with the case of coercion to carry out campaigning in local government elections.

In addition to being recognized as a victim in criminal proceedings “Inner Karmiaghbyur Kindergarten” community non-profit organization from the information provided by the acting director to the law enforcement officers, information was obtained through investigative actions to force the latter to campaign in the elections, as well as other factual circumstances of evidentiary importance in the criminal proceedings.

In addition, in accordance with the law, an operative-investigative measure of the mobile phone number used by the staff secretary, “Telephone Communication Control”, was carried out, as a result of which it was found that the staff secretary of the Berdi municipality and the administrative head of the same municipality’s Nerkin Karmiraghbyur settlement, in the period preceding the elections, had a telephone conversation. conducted in order to exert influence on the temporary acting director of the HAO organization and in this way him About forcing to carry out pre-election propaganda in favor of the “Strong Community” bloc.

Earlier we informed that with the combination of sufficient evidence obtained, the deputy head of the Berd community, the secretary of the staff of the Berd community hall and the administrative head of the same community’s Inner Karmiraghbyur settlement were charged under Article 211, Part 2, 3 and 5 of the RA Criminal Code. th points. Detention was chosen as a preventive measure against them.”

The investigation is ongoing.

The PES found violations in the process of exporting used catalysts

The RA Ministry of Defense confirms that Azerbaijan has handed over the bodies of 13 Armenian servicemen to the Armenian side – Today, fresh news from Armenia

Azerbaijan handed over to the Armenian side the bodies of 13 Armenian servicemen who died during the defense of the sovereign territory of Armenia on September 13-14.

We are sure that the victories will return, thanks to our faith and dedication to the motherland. Leader of Artsakh Diocese - Today, fresh news from Armenia