750 calls per day. The ambulance workload is the same, although the number of cases has decreased

Ambulance calls in 2022 decreased by 7% compared to the previous year. Cardiovascular diseases predominate among the calls. Most of the calls are recorded in the evening hours.

During the last attack of Azerbaijan on Armenia, on September 13, the Emergency Service worked in two directions: Goris and Vardenis, properly serving all calls.

Director of “Ambulance” CJSC Taguhi Stepanyan summarized the 2022. the activity.

2022 193,431 emergency calls were registered, which is 14,476 fewer than in the previous year. This is mainly due to the epidemic of the coronavirus.

Despite the decrease in the number of calls, the workload of the Ambulance remained. on average, about 750 calls are registered per day.

During the last attack of Azerbaijan on Armenia (On September 13, Vol.) and after that, the workload of the Ambulance has not changed.

On those days, the work was carried out in two directions: to Goris and Vardenis, which, according to the Director of Ambulance Taguhi Stepanyan, was done “at an appropriate level”. 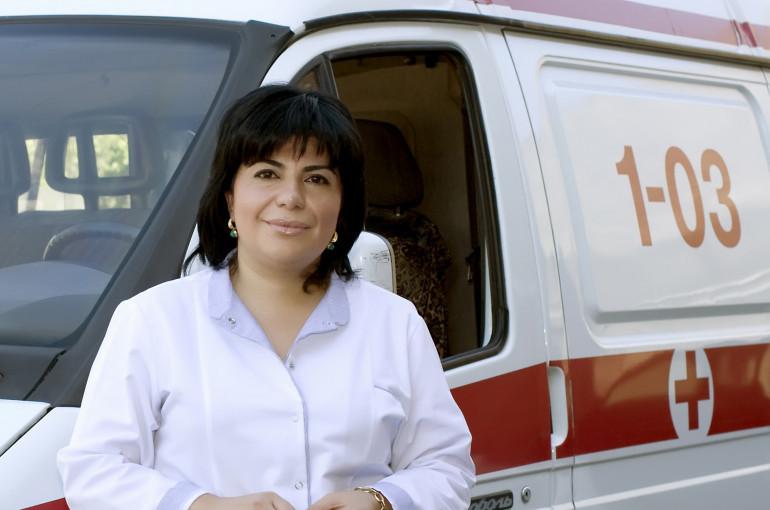 “There are peak hours, they are mostly in the evening hours, at that time the workload is more visible,” says Taguhi Stepanyan, director of “Ambulance” CJSC.

According to the standards of the World Health Organization, as well as the American National Institute of Health, 1 Ambulance team (usually a doctor, nurse, driver-sanitary-medical) should serve about 50,000 people. In post-Soviet countries, in particular, in Russia, 1 general profile medical brigade is calculated for 10,000 people in densely populated areas (the radius of the service area is 20 km).

The location is also important. for example, in mountainous regions, apart from the fact that the population is sparse, the relief and accessibility of the settlement by ambulance are also different.

In case of specialized brigades, it is different: 1 brigade for 50-100 thousand population. Armenia does not have any clear methodology or criteria and is guided by the already accepted ones.

The cases of cardiovascular diseases increased by 16,482 among the total calls, which, according to the director of the Emergency Service, occupy the first place among the calls.

In second place are acute respiratory diseases, followed by injuries and fractures.

“With us, the calls are divided into categories, and we get to the priority calls when a person’s life is in danger,” says the director. I must say that the number of urgent calls is 20-25% of the total calls.

T. Stepanyan notes that there are cases when the ambulance goes and only records death, or people die on the way to the hospital. The director finds it difficult to answer the question of how many percent of these cases are, saying that they are not many.

“The ambulance service comes to save people, not to harm them, and the cases that are recorded recently, of using force on a particular doctor, that force can be used in completely different places, it is not necessary to use force on the doctor, which comes to you and your to save the child’s life”, concluded T. Stepanyan.

You will see the number and distribution of ambulances below.

The procedure for choosing a family doctor, therapist and pediatrician is approved by the authorized body of state administration in the field of healthcare