Representatives of the International Committee of the Red Cross on September 23 had the opportunity to visit the Armenians who were captured as a result of hostilities in September this year. The head of communication programs of the Red Cross in Armenia, Zara Amatuni, in an interview with the Armenian News-NEWS.am correspondent also said that the detainees had been contacted with their family members. 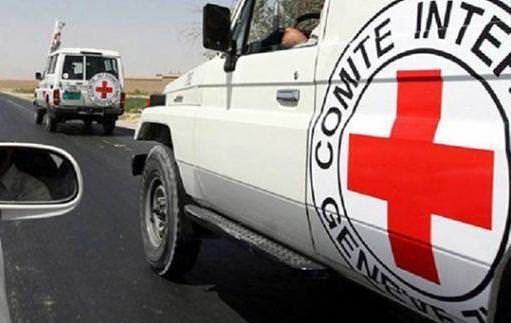 She did not provide information on the number of Armenians held in Azerbaijan. Amatuni explained this by saying that such data is confidential. “I cannot give other details in connection with the visit,” said the head of the communication programs of the Red Cross in Armenia.

Earlier, the representative of the interests of Armenian prisoners at the ECHR, lawyer Siranush Sahakyan, in an interview with Armenian News-NEWS.am, said that the number of Armenians captured as a result of the aggression of the Azerbaijani side on September 13, 2022 is about 20 people, but the collection of facts has not yet completed.

Amatuni explained that representatives of the ICRC visited other Armenians held in Azerbaijan in early September.

As for the prisoners of war who ended up in captivity as a result of the 44-day war against Artsakh, the confirmed number of prisoners of war, according to Sahakyan, reaches 33.

Recall that since September 13, the Azerbaijani Armed Forces began intensive shelling of Armenian positions from artillery and large-caliber small arms in the direction of Goris, Sotk and Jermuk. The enemy also used UAVs. Later, Azerbaijan used artillery in other directions as well. According to official data, the number of victims from the Armenian side exceeds one person. As a result of the enemy’s aggression, civilians suffered, more than 200 civilian objects were destroyed. Several thousand of them fled their homes.

Cases of inhuman treatment of Armenian prisoners, as well as the bodies of dead servicemen, were recorded.

The Office for International Legal Affairs of the Armenian government sent applications to the European Court of Human Rights on the application of an interim measure in connection with the aggression of Azerbaijan.

"Pashinyan should have called for two things from the UN, instead of calling on Aliyev to show the map with which Aliyev has some ambitions." Do Papyan