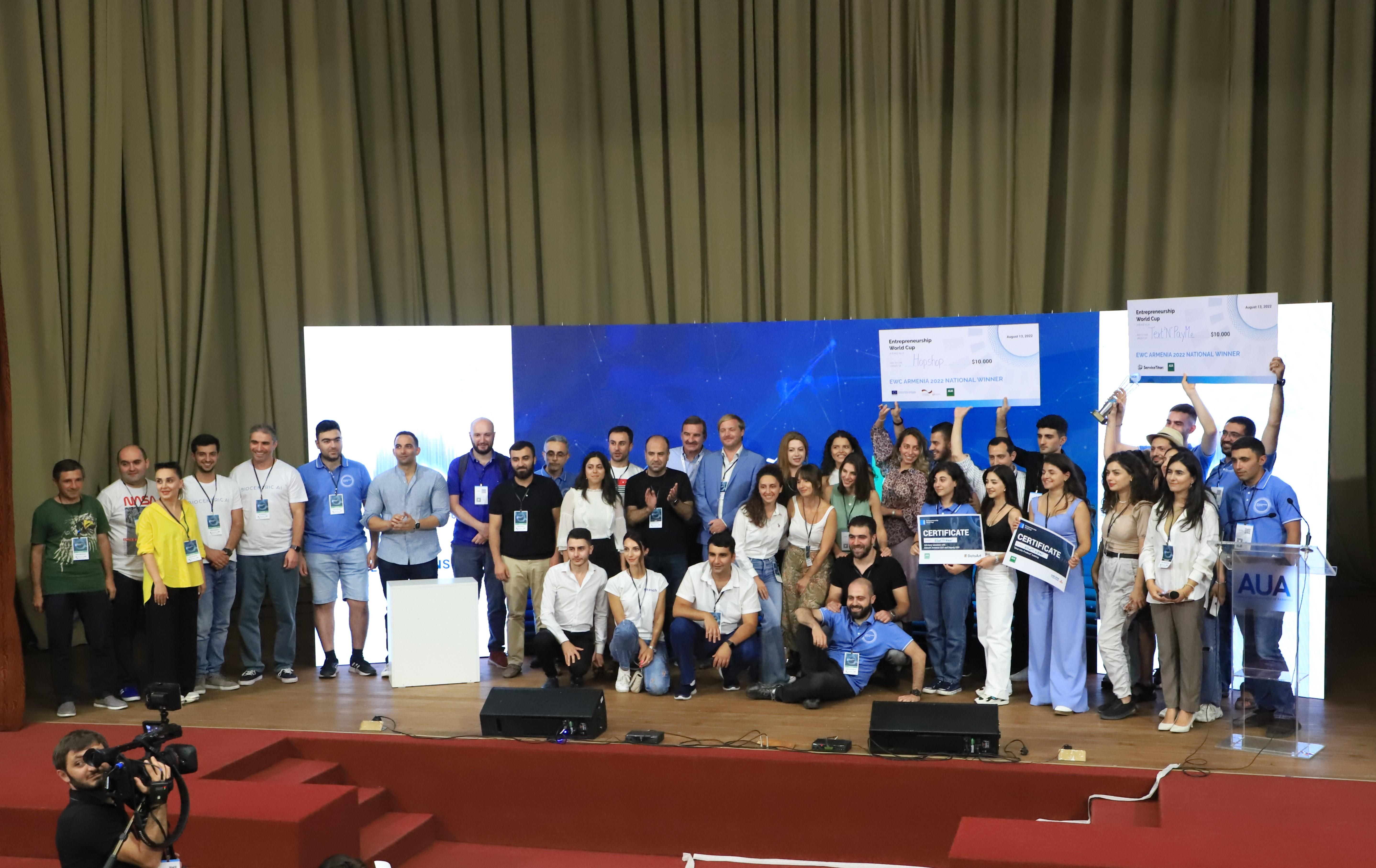 On August 13, the final of the Armenian national stage of the “Entrepreneurship World Cup 2022” competition was held at the American University of Armenia, which was attended by First Deputy Minister of High-Tech Industry Gevorg Mantashyan and Deputy Minister Davit Sahakyan. The press service of the ministry informs about this.

Bryan A., vice-rector of the American University of Armenia, made a speech at the event․ Allison, Michael Kuchakjian, Director of AAU’s Entrepreneurship and Innovative Technologies Center (EPIC), Jonathan Ortmans, President of Global Entrepreneurship Network.

After the main speeches, a panel discussion was held on the topic “How to speed up the maturation process of the startup ecosystem in Armenia?”, in which First Deputy Minister Gevorg Mantashyan participated.

More than 100 startups applied to participate in the national stage of the Entrepreneurship World Cup, of which 12 made it to the finals.

HopShop and Text’n Pay Me startups will represent Armenia in the “Entrepreneurship World Cup” international competition according to the voting results of the jury members.

The award winners are among the startups that received a grant from the Ministry of High-tech Industry.

Armenia is participating in the “Entrepreneurship World Cup (EWC) 2022” international competition for the second time. It is noteworthy that for 2 years in a row, Armenia has the opportunity to present two startups instead of one at the international stage of this prestigious competition.