Famous writer Salman Rushdie was attacked in the USA. the writer was put on a ventilator 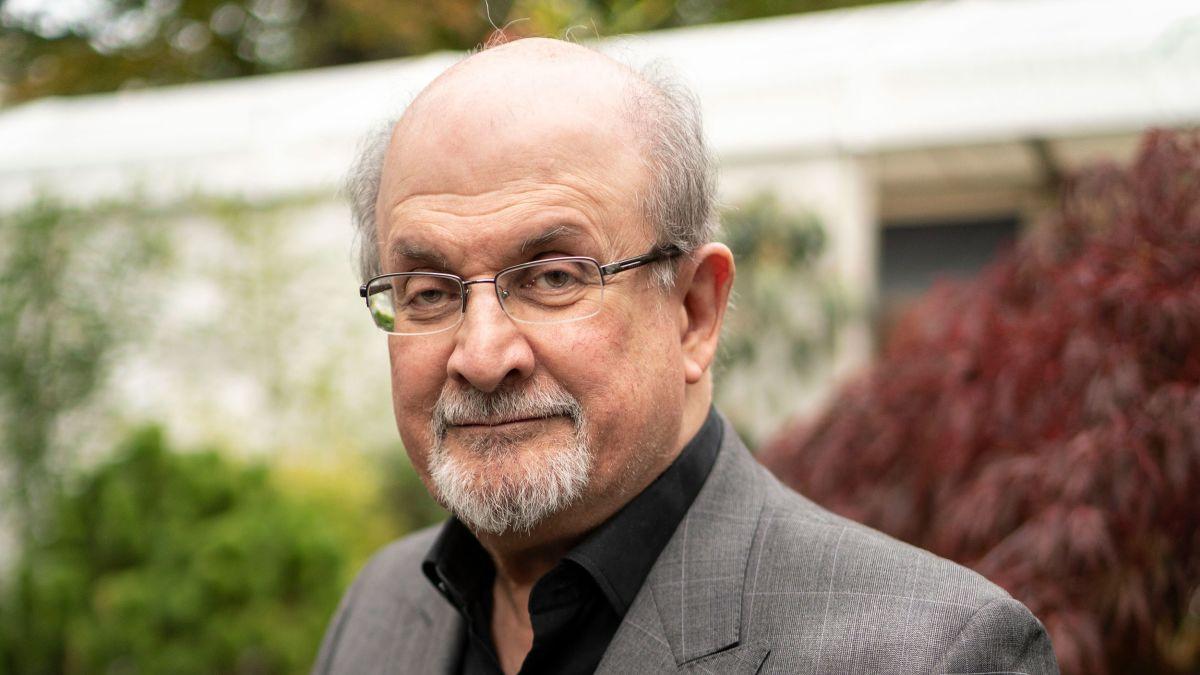 Famous writer Salman Rushdie was attacked in the USA. Most likely, he will lose his eye. The motive for the attack has not yet been released, but Rushdie is still subject to a fatwa, a death sentence issued by Iran’s former spiritual leader, Ayatollah Khomeini.

“The news is bad. Salman is likely to lose one eye. The nerves of the hand are damaged. The liver was damaged as a result of the stabbing,” BBC quoted written statement from the writer’s agent, Andrew Wiley. According to the agent, Rushdie was put on artificial respiration.

As reported by Western agencies, Rushdie was going to give a lecture at one of the public organizations in Chautauqua, in the western part of New York state. His name was already announced when a man jumped on the stage and attacked the writer. According to eyewitnesses, the assailant wore a mask and stabbed Rushdi several times, after which the writer fell, and several people rushed to his aid from the hall, who also helped to catch the assailant.

A few hours after Rushdie was injured, the police reported that the writer’s surgery was still ongoing, and also noted that he was wounded in the neck and abdomen.

A video of the first seconds after the attack on Rushdie is circulating on social networks. “A few minutes after the start of the morning program, with the usual announcements, the presenter’s story about the rules, who will be on stage with the guest, etc., someone stormed the stage from the back and stabbed Salman Rushdie several times. Everything happened so fast. We here in our community are completely shocked,” Carl Lieven, one of the witnesses of the incident, told the BBC.

Rushdie was wheeled out of the Chautauqua Institute building and taken to the hospital by helicopter. Later, police said he had been stabbed in the abdomen. The governor of New York, Cathy Hochul, also announced that Rushdie is alive, and the organizer of the event, Henry Rees, received a minor head injury.

British Prime Minister Boris Johnson and other British officials condemned the attack on Salman Rushdie, calling it a threat to the writer’s right to freedom of speech. Johnson said he was shocked by the attack on Salman Rushdie, who at the time “had a right that we must always protect.” “My thoughts are with his relatives and we all hope that everything will be alright with him,” Johnson wrote on his Twitter account.

Appalled that Sir Salman Rushdie has been stabbed while exercising a right we should never cease to defend.

Right now my thoughts are with his loved ones. We are all hoping he is okay.

The Muslim Council of Great Britain also strongly criticized the attack on the writer. “Such violence is inadmissible, and the culprit must be brought to justice,” the statement of the council states.

The director of the publishing house Penguin Random House, which publishes Rushdie’s books, called the attack on the writer an act of public violence. Marcus Dole said that he was deeply shocked by what happened.

Salman Rushdie, a British writer of Indian origin, is the author of a number of books that have also been translated into Armenian. Among his works is the novel “Satanic Poems”. Many Muslims consider the book blasphemous, and in 1988 Iran’s Supreme Leader Ayatollah Khomeini issued a fatwa, a death sentence, for Rushdie’s murder. Moreover, the fatwa mandated to kill not only Rushdie, but also other persons connected with the publication of the book.

Rushdie went into hiding for 9 years, until the new Iranian authorities announced in the late 1990s that they considered the fatwa issued by Ayatollah Khomeini, who died in 1989, invalid. However, on an unofficial or semi-official level, it remains in force. One of the Iranian Islamic foundations promised 3.3 million dollars for the head of Rushdie living in the West.

In the St. Hovhannes Church of Artashat, a memorial service was held for the immortal heroes

What is radiation sickness and what are its manifestations - Today, fresh news from Armenia