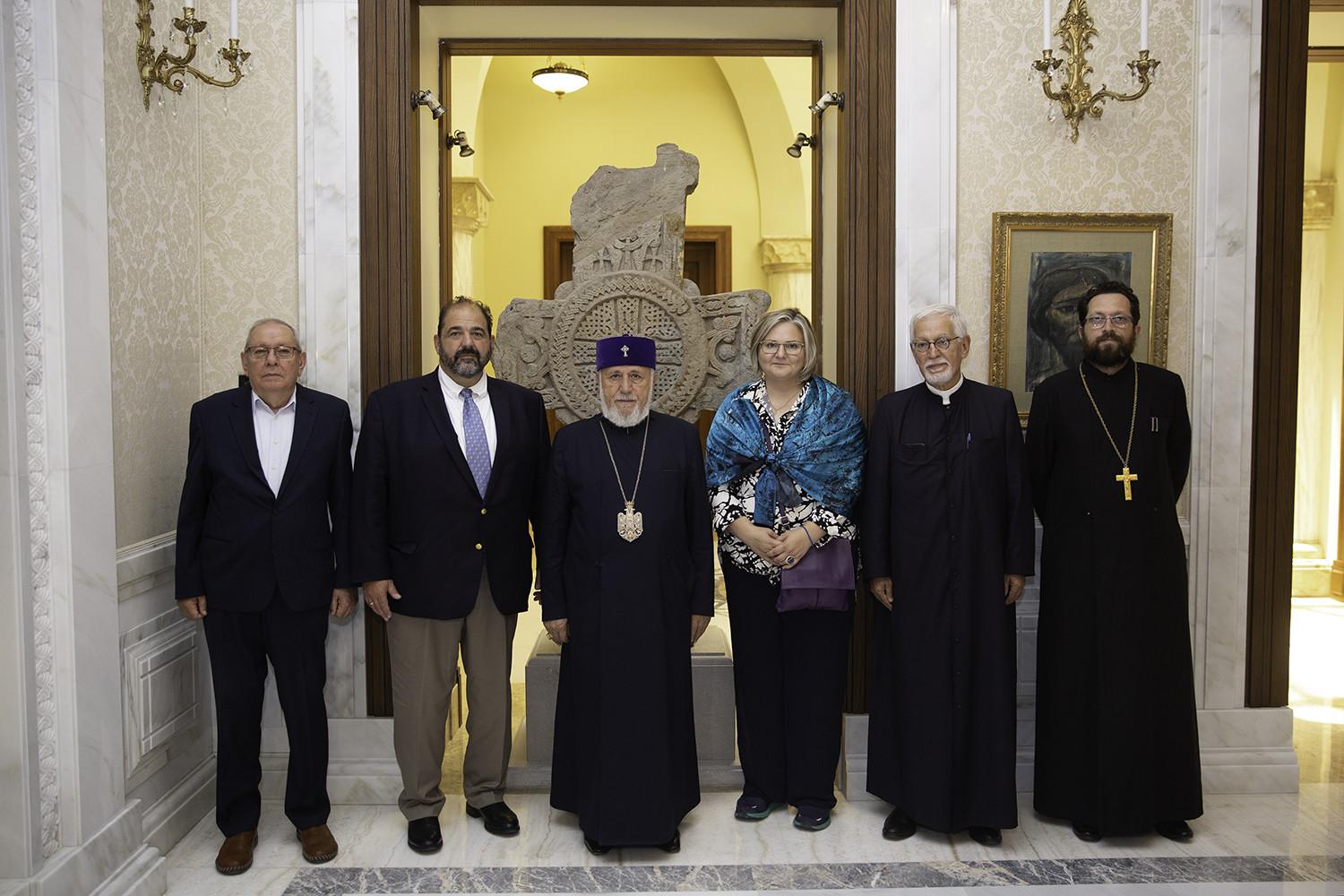 On July 11, H.S.O.T.T. Karekin the Second Supreme Patriarch and Catholicos of All Armenians received the Executive Director of the International Charitable Organization of the Orthodox Churches, Konstantin Traiantafilu, accompanied by Mr. Karen Nazaryan, the Director of the Armenian Round Table Foundation of the Armenian Orthodox Church. This is reported from the Mother See.

Ms. Karen Nazaryan informed the Catholicos of All Armenians about the objectives of the visit of the delegation of the International Charity Organization of Orthodox Churches to Armenia and the new development projects planned with the Armenian Round Table Foundation of the Council of Armenians.

At the meeting, His Holiness Garegin II, Catholicos of All Armenians, expressed his appreciation to Tiara Constantine Trajantafilu, welcoming the readiness to implement the charitable programs and development projects implemented with the Round Table Foundation in Armenia.

His Holiness also referred to the warm relations and cooperative atmosphere between the Orthodox Churches and the Mother See, expressing his satisfaction with the support shown by the Sister Churches in difficult situations for Armenia.

During the conversation, they talked about the social, charitable and health programs implemented by the Church, which are aimed at the support of socially disadvantaged families, vulnerable groups, as well as the needs of people disabled as a result of the war.

In turn, the executive director of the International Charity Organization of Orthodox Churches presented the humanitarian programs implemented by the organization in different countries, emphasized the expanding cooperation with the Armenian Round Table Foundation of the Council of Europe in order to overcome the existing needs.

Venerable T., director of the Social Service Center of the Mother See, was present at the meeting․ Priest Markos Mangasaryan.

Hakob Hakobyan: "Why did the issue of Berdzor, Aghavno and Sus communities come up? if that new route is outside the Lachine Corridor, that's where the problem of the 5-kilometer section comes into play." "Fact"