“Golos Armenii”: Will the CSTO help Pashinyan stay in power? 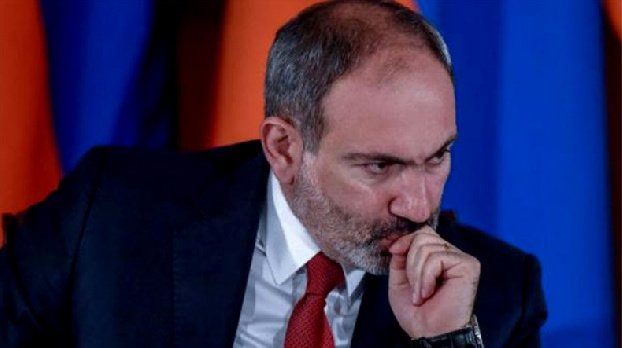 January 8, 2022, 11:00 – News – The “Golos Armenii” newspaper writes: “The level of cynicism, hypocrisy and lies that, through the efforts of the commanding team and Nikol’s own person, reigns these days in the Armenian information field in connection with the events in Kazakhstan, is quite comparable to the situation during the 44-day war.

The sudden decision to send 100 units of the RA Armed Forces to this country had the effect of an exploding bomb, as well as, in general, the excessively violent activity shown by Nikol in terms of the use of military assistance from the CSTO to Kazakhstan (recall that Armenia is currently chairing the Organization).

In connection with the appeal of President Tokayev and in view of the threat to national security and the sovereignty of the Republic of Kazakhstan caused, inter alia, by outside interference, the CSTO Collective Security Council, in accordance with Article 4 of the Collective Security Treaty, decided to send the CSTO Collective Peacekeeping Forces to the Republic of Kazakhstan for a limited in time, a period with the aim of stabilizing and normalizing the situation in this country, ”Pashinyan said in a statement on the night of January 6.

Outside interference ?! It was exactly when the Armed Forces of Azerbaijan invaded the sovereign territory of the Republic of Armenia. However, even with such an obvious “outside interference”, the RA government did not turn to the CSTO under Article 4, requesting military assistance. There was an appeal on the 2nd article, which has nothing to do with reality. By the way, this became another reason to accuse the CSTO of inaction and contributed to the growth of anti-Russian sentiments in Armenian society.

Yesterday, however, it suddenly became clear that to suppress the riots in Kazakhstan, the CSTO is working without a hitch and without a hitch, and as quickly as possible. And the Armenian authorities, for almost 8 months now carelessly watching the enemy’s intervention on the territory of their own country, whining that, they say, they cannot do anything about it, and the CSTO does not help them, they sent Armenian military personnel to Kazakhstan right off the bat. internal problems of this country. Forgetting, among other things, that a couple of months ago the same Tokayev congratulated Aliyev on the anniversary of the victory in Artsakh and the “restoration of territorial integrity.” And also exposing tens of thousands of compatriots living in this country under attack.

“When Prime Minister Pashinyan received an appeal from the President of Kazakhstan and consulted with the leadership of the CSTO, not revolutionary processes were already taking place in Kazakhstan, then there were already terrorist acts,” Secretary of the Security Council Armen Grigoryan said on the air of the RA Public Television. If so, then Grigoryan actually admits that the events of March 1, 2008. there were also terrorist attacks in Armenia. For the authorities, who manipulated the topic of “March 1” and made it a kind of springboard in order to grab the helm of government, this is truly a fateful recognition. However, this is a slightly different topic that deserves a separate discussion.

Responding to criticism about why Yerevan responded to Kazakhstan’s appeal, although the CSTO did not help Armenia at one time, the same Grigoryan said: “We should not say like an offended teenager:“ You did not do this, and we will not do this either. make”. We took responsibility. Perhaps, for the first time in history, we applied the CSTO mechanisms and showed how it should work. We hope that if Armenia finds itself in the same situation in the future, it will receive appropriate assistance. “

And again, cynicism on cynicism. It would be good for the Armenian leadership to recognize, first of all, its responsibility for protecting the borders of its own state and the safety of its own citizens, before declaring responsibility for what happens in a foreign country. Plus, let us repeat: the Armenian authorities did not apply to the CSTO with the same request under Article 4 that Tokayev did. So the “you didn’t do it” line is outright manipulation.

However, in a fit of megalomania (“for the first time in history”), Mr. Grigoryan let slip the true aspirations of the Pashinyan regime. “We hope that if Armenia finds itself in the same situation in the future, it will receive appropriate assistance” – this is the key to understanding the background of the regime’s actions. It is and only for this – to preserve power – that Pashinyan and his henchmen are ready to do anything: endanger their servicemen and the Armenian community of Kazakhstan, forget about national dignity and self-respect, they are ready to remain silent when the Baku dictator threatens a new war, stating that Syunik, Sevan and Yerevan – Azerbaijani territories, do nothing when the Turks invade Armenia and settle down in it, as at home, declare prisoners of war traitors, etc., etc.

Pashinyan constantly agrees to anything to stay in power. At the same time, for any reason, one has to hear a pretty boring refrain, sounding from the lips of both his supporters and, oddly enough, opponents. Say, he has no choice: Moscow dictates, Washington dictates, Brussels dictates, Ankara dictates … Suppose this is really so. But then one question arises: why does the country need a leader who never has a choice in anything? Who needs power, about which “precedents” are being sharpened, hitherto impossible, because no one agreed to them, proceeding from national and state interests?

However, this government still has one choice: to leave in order to finally stop substituting the country. Everything else is talk in favor of the poor … But this is exactly the alternative that this team will never accept, always preferring to choose the personal to the detriment of the state. ”

What is radiation sickness and what are its manifestations – Today, fresh news from Armenia

A mysterious case. A body was found in a Ford Transit parked near Nubarashen Psychiatric Hospital. shamshyan.com: