Events in Kazakhstan may have a Turkish trace

The policy of Pan-Turkism in Turkey or the hidden occupation policy towards the Turkic-speaking states and peoples has the status of a state ideology. Turkologist Ruben Melkonyan stated this in an interview with Panorama.am, commenting on the situation in Kazakhstan. 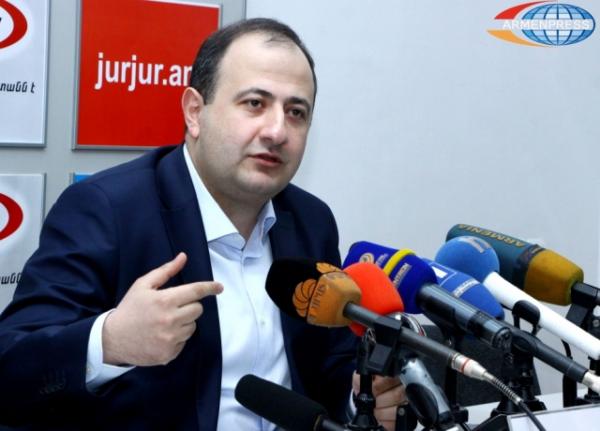 The expert recalled that the leader of the Turkish Nationalist Movement Party, Devlet Bahceli, publicly presented Turkish President Erdogan with a map of the “Turkic world”, which indicates the countries within the sphere of Turkey’s interests. Kazakhstan is one of these countries and is of great importance.

“Turkey is pursuing a policy of creeping Pan-Turkism in relation to the Central Asian states and territories inhabited by Turkic peoples. It is clear that these events in Kazakhstan may directly or indirectly have a Turkish trace,” Ruben Melkonyan emphasized.

According to Melkonyan, after the collapse of the Soviet Union, Turkey has been implementing cultural, religious and economic projects in post-Soviet countries, including Kazakhstan.

“That is, the Turkish educational, economic and propaganda presence in these countries is obvious. The main goal is to strengthen pan-Turkism and fraternal attitude towards Turkey in the societies of these countries. And this growth is directly proportional to the growth of anti-Russian sentiments. stronger anti-Russian propaganda.

The ideology is as follows: get rid of the Russian “occupation”, unite with the Turkic states, “said the Turkologist, adding:

“Turkey has a clear interest in these unrest in Kazakhstan -” separation “from Russia or strengthening of Turkish influence.”

Referring to the influence of the situation in Kazakhstan on Armenia, Melkonyan said that they pose a direct threat to Armenia as well.

In his words, the more the idea of ​​Pan-Turkism expands, the more everything around Armenia will shrink.

“For example, the idea of ​​the so-called” Zangezur Corridor “will gain supporters. If now it is only Turkey and Azerbaijan, then other Turkic-speaking states, for example, Kazakhstan, will also join this idea. That is, this is a problem directly related to the interests of Armenia,” said the Turkologist …

The government is obliged to place the Shusha carpet museum

Tragic car accident in Aragatsotn region. The car fell under the bridge. The husband died on the spot, the wife died in the hospital. Shamshyan.com: