Nikol Pashinyan asked Turkish President Erdogan to meet, first through the Georgians and then through the Russians, but was rejected. The Americans, who are interested in the Armenian-Turkish rapprochement and zeroing out the Russian factor in our country, intervened in the matter. It is clear that the American project is not directed against the RA. It is directed against the Russian Federation, but as a result of this, the RA will be trampled underfoot, which will be absorbed by Turkey. The United States does not want the destruction of Armenia, but it will be so if the Russian factor in our region is neutralized. As they say, nothing personal – just business. 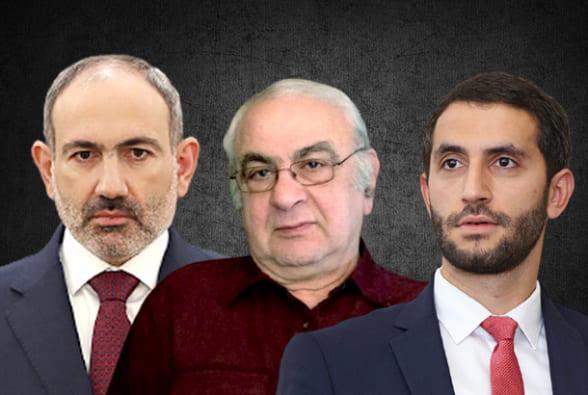 2nd stage of the “velvet” revolution

US Turkish lobbyists urgently dispatched to Armenia the notorious Jirair Liparityan, a Turkish information saboteur from among the associates of the 1st RA President Levon Ter-Petrosyan. He promotes 2 things:

In other words, Liparitan is propagandizing against the declaration of independence of the Republic of Armenia, and if we were a normal country, he should have been received not in the National Assembly, but in the isolation ward of the National Security Service.

In addition to these two points, codes are directly promoted to grant the Syunik corridor to the Turkic world and to nullify the Russian factor in our country.

Zhirayr Liparityan promotes the Turkish line, and he is admitted to the National Assembly. In the “Civil Contract” Nikola.

Liparitan assumed the role of an ideologist in the Armenian-Turkish process. The official negotiator from the Armenian side has been appointed Vice Speaker of the National Assembly Ruben Rubinyan, suspected of being a Turkish agent. The Turkish side is represented by the former Turkish Ambassador to the United States. In this regard, there will be no representative of the interests of Armenia in these negotiations, since everything is under Turkish sauce. Liparitan and Rubinyan are Turks along the path they have traveled, according to their views and codes. The other side, of course, is a Turk both by its code and by nationality.

There can be no second opinion that the Armenian-Turkish relations should be settled without any preconditions. However, Turkey set preconditions for the Armenia that lost in the war and promised to conduct a dialogue with the RA only after their satisfaction. Apparently, Nichol has reached an oral understanding on this issue, and will now negotiate around the details. That is, the nikolovites either satisfied the Turkish preconditions, or, at least, promised to satisfy them.

The velvet revolution is entering its second stage. Artsakh was ruined to the best of their ability, and now it’s Armenia’s turn.