Accident on Sisian-Yerevan highway ․ The driver died on the spot, the condition of the driver is assessed as satisfactory 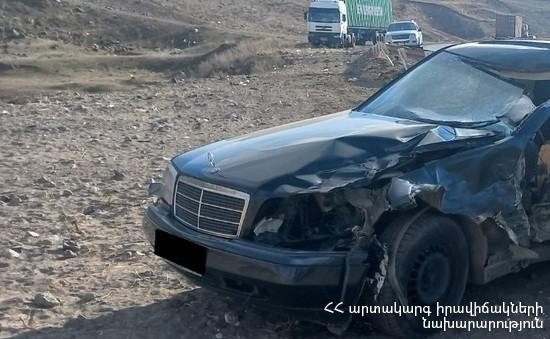 On December 19, at 10:13 am, the Syunik Regional Crisis Management Center received an alarm that an “accident” had taken place near the market of Angeghakot village. There is a victim.

It turned out that on the 10th km of the Sisian-Yerevan highway, a “Mercedes” car (driver: GHH, born in 1990) and an “Iveco” truck (driver – an Iranian citizen) collided, as a result of which ” The “Mercedes” car, rolling about 50 m, appeared on the right side of the road. The driver of the latter died on the spot, and the driver S. ZZ (born in 1998) was hospitalized by local forces in Sisian Medical Center, where doctors assessed the health condition of the victim as satisfactory.

The rescuers cut off the power to the car, closed the valve of the gas cylinder և C ․ He brought HA’s body to the ambulance.

The oldest resident of China dies, she was 135 years old