Who will tell Erdogan that the sultan is naked? 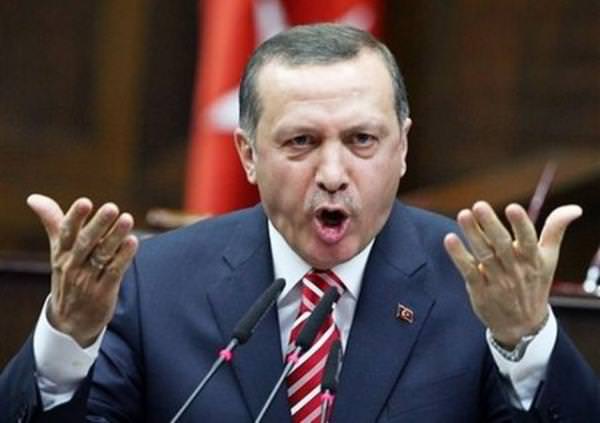 The autocratic Erdogan, who came to power during George W. Bush’s first presidential term, has effectively declared war on financial orthodoxy, fueling the currency crisis by cutting interest rates while economists argue that he should do the exact opposite – raise them. to protect the lyre.

But Erdogan, who claims to have studied economics, says he knows better. Asking the Turks to be “patient,” he insists that a weaker currency and lower interest rates will boost Turkish exports, create jobs, spur growth and contain inflation. Economists say he forgets to mention that such a policy, especially in times of crisis, would also spike prices for major imported goods, scare off foreign investors, empty Turkish banks and impoverish populations through inflation.

On Thursday, a new rate cut – the fourth in four months – drove the lira to a record low.

Critics say Erdogan is now surrounded by accomplices. He fired free-thinkers at Turkey’s central bank, leaving experts worried that perhaps no one will tell the president that the sultan is naked. As the lira continues to plummet – it has lost half its value against the dollar this year – poor and middle-class Turks are paying the highest price as the cost of basic commodities doubles and fuel costs rise 40 percent. “I think the end of the world is coming,” one street vendor in Ankara told the New York Times.

Analysts are beginning to wonder if Erdogan’s financial madness can do what the years of power consolidation and repressive tactics have not done – cost him his job.

“He really seems to believe that he is right, while the rest of the world thinks the other way around,” said Sinan Ulgen, a Turkish expert at Carnegie Europe. “If this policy fails, it will continue to lose popularity. Other presidential candidates are already winning polls. ” Bets against Erdogan often fail. Over the past two decades, he has repeatedly managed to turn adversity into triumph, successfully overcome geopolitical crises, dark coup attempts and the Turkish Spring, almost always coming out stronger, while maintaining the support of Islamic conservatives at the heart of his Justice and Development party.

However, economic crises can be dangerous for politicians. Just ask the Argentines, who, in the midst of a devastating currency collapse and debt crisis at the end of 2001, replaced five presidents in two weeks.

Turkey is likely to avoid an Argentinean-style collapse for a number of reasons, including its more manageable external debt. Yet authoritarian leaders like Erdogan have repeatedly fallen in the face of economic chaos.

In 2019, Sudanese President Omar Hassan al-Bashir was ousted in a military coup after demonstrations that began in response to soaring food and fuel prices. Some experts cite high food prices as a factor in the Arab Spring. To stay in power, autocrats become more autocratic. In Venezuela, President Nicolas Maduro – a close ally of Erdogan – survived despite hyperinflation and the dire humanitarian crisis it caused, pushing the country into complete dictatorship.

In 2018, Erdogan achieved the transition from a parliamentary system to a system with a strong president. But even before that, as prime minister, he tried to silence dissent by controlling the press. He purged the military after the 2016 coup.

However, since 2018, Turkey has also avoided painful economic calculations. Lira fell as Erdogan pushed for economic growth at all costs and saw lower interest rates as a way to achieve this. The problems escalated in March, when Erdogan, wanting to cut interest rates further, fired his third central bank governor in less than two years, replacing him with Sahap Kavcioglu.

“The main qualification that the new central bank governor brings to his cabinet is his relationship with the president’s son-in-law, Berat Albayrak, whose tenure as Treasury secretary was a disastrous one,” Stephen A. Cook wrote in Foreign Policy magazine.

Erdogan defended his position, citing Islam against high interest rates, and also pointing to China as an example of how low interest rates and a weaker currency can create a thriving middle class.

But it took time – which may not be enough for Turkey given the sharp depreciation of the lira, which has also driven up production costs in the country. Turkey imports parts for most of its finished products, such as cars, which are now more expensive to buy given the weak lira. Meanwhile, currency problems are fueling discontent and provoking anti-government protests. This week, according to the Wall Street Journal, MAK – the pro-government political consultancy – said poll support for the AKP fell below 30 percent for the first time in history.

The Journal’s report from Rize, the birthplace of the president, reflects a gloomy mood that should give Erdogan something to worry about.

“We are at the bottom of the well. We have no purchasing power left, ”Mehmet Alibaris, a tea farmer in Rize devastated by inflation, told the Journal. “I will vote for anyone who gets rid of this government.”