Who benefits from the fact that the prisoners do not return to their homeland?

Arrests, lawsuits against active participants in the Karabakh wars, the Liberation Movement are not accidental. The current ruling grouping is taking these people out of the game, as opponents of the so-called real, pragmatic policy, but in fact, coordinated with the Turkish-Azerbaijani strategy of destroying the Armenian statehood and the Armenians in general. Prisoners of war are part of this general picture; they interfere with the implementation of this very “pragmatic” policy. They can tell the truth, and therefore it is beneficial for this government that the prisoners of war do not return home at all. 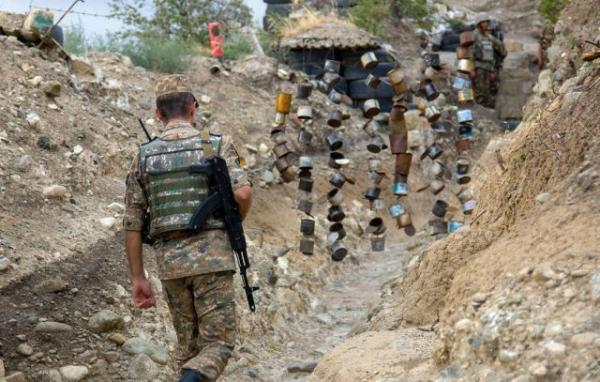 Did anyone doubt that Ilham Aliyev would certainly take advantage of the arrest of a number of Armenian prisoners of war upon their return home, as well as readily “catch” the recent public passes of Pashinyan and Simonyan in order to try to eliminate the problem that the Armenian authorities have actually already closed?

PAY ATTENTION: A FEW DAYS BEFORE MEETING Aliyev in Brussels, Nikol Pashinyan, speaking in the National Assembly, states that the same government, which once declared the prisoners of war as heroes, now perceives them as traitors to be tried. Next, a video is thrown into the information space, in which the Speaker of the National Assembly Alen Simonyan says that the prisoners for him no longer exist. And again the same thought: they say, captured are traitors and deserters. Then concrete actions follow – arrests.

You must agree that it is difficult to consider this chain of events a random coincidence.

“I believe that everything was planned,” says Larisa Alaverdyan, executive director of the public organization “Against legal arbitrariness”, the first ombudsman of Armenia, in an interview with the Golos Armenii correspondent. When the situation was already too obvious and frank, but when we returned Azerbaijani prisoners in the 90s, they were arrested at home, tried, sentenced to death and carried out.

The way the current Armenian authorities manipulate the subject of prisoners of war testifies to at least two very important aspects.

First, the authorities consistently continue to destroy the army. The winter conscription is starting, and everything is being done so that parents do not send their children to military service. It is obvious to everyone that the authorities have long ago completely removed themselves from constitutional obligations to ensure the security of state borders. Their indifference to the fate of servicemen in general, and of those in captivity in particular, is also obvious.

Let me remind you that many of them were surrendered to the enemy in a place with territories that by November 9, 2020 were under the control of the Armenian armed forces, that is, they should not have been surrendered to Azerbaijan.

The captured servicemen were systematically subjected to torture, cruel and degrading treatment, as evidenced by the video materials distributed by the executioners themselves (obviously with the aim of intimidation). Then the prisoners became the “subject” of a criminal bargaining between the authorities of the two countries, which also testifies to the deliberation of leaving them in the territories “donated” to the enemy without an organized withdrawal appropriate for such situations within the time frame agreed by the contracting parties.

Finally, the latest statements and actions of the authorities on the public, and before their return, before and without proper investigation and trial, the accusation of prisoners of grave crimes should, according to the plan of the authorities, convince the conscripts and their parents by hook or by crook to avoid compulsory military service. And in order to prove their “innocence”, they bargain for some prisoners, they are taken directly from the airport to the SNB, where, in addition to cruel treatment in Azerbaijani torture chambers, they are subjected to many hours of interrogation in order to obtain the “testimony” they need.

SECONDLY, THE BEHAVIOR OF THE AUTHORITIES PROVIDES that they are pushing the remaining Armenian prisoners of war to refuse to return home and to request to be sent to third countries. Never in the entire history of independent Armenia, no government has made such statements and, moreover, has not undertaken such actions. Therefore, everyone, including those who were captured, knew that nothing bad awaited them in their homeland, although the Azerbaijani authorities did everything to convince them otherwise. And those who agreed to ask to be sent to a third country were forced to do so in order to break free from captivity a day earlier, where they were systematically subjected to sophisticated torture and abuse.

We have numerous proofs that this is how the professional executioners “worked” in Azerbaijani torture chambers. They also continue to torture Armenian prisoners of war now, and, taking advantage of impunity, they themselves demonstratively disseminate video materials about their crimes against humanity. As an example, let me recall the story of a soldier A. I., who was captured in 2013. Realizing that such “educational work” could go on indefinitely, he decided to ask to be sent to a third country in order to escape from hell. Convinced that there was no reason for anxiety and fear, he really wanted only one thing: to return to his homeland. Thanks to the efforts and competent work of the Ministry of Defense of Armenia, this request was fulfilled, and A.I. after returning from a third country and appropriate rehabilitation, he decided and continued to serve in the Armenian army. ”

There is no doubt that one of the main targets of this power was and remains the Army, and the goal of this multi-step operation (together with the previous actions) also remains the same: to continue to discredit and destroy the Armed Forces.

Another reason for the cynical behavior of the authorities, according to L. Alaverdyan, is that the current Armenian authorities need as few prisoners as possible to return to Armenia.

“Naturally, they cannot force everyone to give false testimony,” the human rights activist says. who were in captivity must first be sent to the appropriate medical institutions, where they will receive the necessary and, it should be noted, long-term physical and psychological rehabilitation. typical for the Stalinist regime “confessions” – the notorious “queen of evidence.” The shameful behavior of the so-called lawyers, who took on the role of Cerberus accusations, deserves special assessment. ”

Whether we are talking about the guys who were captured on November 16 of this year or in December last year – the scheme is the same. Everything that the authorities do testifies to one goal: to get rid of the problem itself, to close the issue of prisoners of war remaining in Azerbaijan. Baku’s message is this: send our prisoners wherever you want. Or, if they are so brave, let them return to Armenia, we will arrest them here and put them on trial. The authorities do not hide the fact that they are striving to permanently close the decent way home for our compatriots.

“WHEN THEY SAY THAT PASHINYAN CLOSES THE PROBLEM with the prisoners of war, this is true, but pardon me, he even closes the problem with the status of Artsakh! And it turns out that such a humanitarian problem as prisoners of war for this power no longer exists,” continues Larisa Alaverdyan. – Speech means that this power considers everyone who fought, all the more so – honorably fulfilled their task, who, through the fault of the government or as a result of its inaction, was taken prisoner, and in general, without exception, all those who from the very beginning of the Karabakh movement participated in the liberation mission as the culprit.

Those guilty of not agreeing and not agreeing to submit to the Turkish-Azerbaijani genocidal policy, those guilty of taking the risk not only of fighting, but also of repelling Azerbaijan’s aggression against the civilian population of Artsakh, defending the right to self-determination, which Azerbaijan has already trampled upon and has already realized, have dared to achieve independence under the real threat of genocide and, as a result of the age-old national liberation struggle, to take place as a legal and legitimate state entity.

Arrests, lawsuits against active participants in the Karabakh wars, the Liberation Movement are not accidental. The current ruling grouping is taking these people out of the game, as opponents of the so-called real, pragmatic policy, but in fact, coordinated with the Turkish-Azerbaijani strategy of destroying the Armenian statehood and the Armenians in general. Prisoners of war are part of this general picture; they interfere with the implementation of this very “pragmatic” policy. They can tell the truth, and therefore it is beneficial for this government that the prisoners of war do not return home at all.

In conclusion, I would like to appeal to the parents, relatives of the prisoners, to everyone who cares about the lives of our compatriots: do not stop fighting, seek their return in any case. It is extremely important that they break out of the hell of Azerbaijani captivity, get rid of the nightmare of daily physical and mental suffering, return to their homeland and feel themselves finally safe, among their own … And then – as God willing. ”

Zara Gevorkyan, “The Voice of Armenia”

We will intensify the struggle to remove the adventurous authorities leading the country to ruin, to ensure a new quality of power in the country ․ Davit Harutyunyan - Today - Fresh news from Armenia