Pashinyan lost his electorate, now he is losing his team

The fact that Nikol Pashinyan, after the last elections to the local self-government bodies, quite intensively turned the law enforcement system into an instrument of political repression, in addition to internal fears and an insatiable desire to “seize” the entire state system, has other equally deep reasons. As reported by the News of Armenia – NEWS.am, the Past newspaper writes. 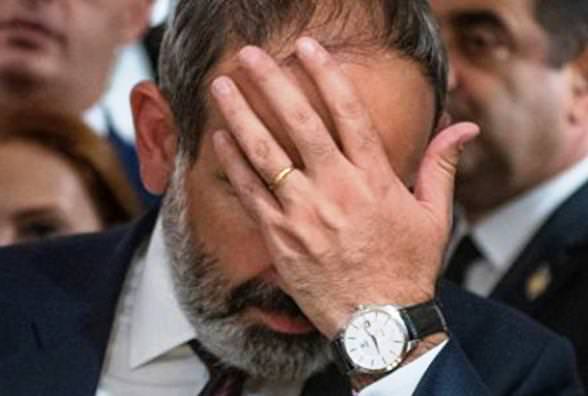 “Judging by various polls, it is obvious that even before the parliamentary elections on June 20, Nikol Pashinyan’s real rating was about 30%.

At the expense of the administrative resource, he was able to obtain a majority and again become prime minister. However, the elections to the local self-government bodies showed that he actually had only one administrative resource, that is, he lost the most expensive and important factor for himself – the electorate. Pashinyan understands very well that he can no longer talk about “the support of the people.” This circumstance forces him to resort to pressure, tools of political repression and political persecution in order to establish an atmosphere of fear and ensure the image of the “omnipotent” in society. But that’s not all.

According to our information, he is gradually losing the team. The fact is that serious events are now taking place in the ranks of the “GD”, which can lead to an internal explosion. Many representatives of the ruling party, on the one hand, are dissatisfied with the actions taken by Pashinyan, the burden of responsibility is imposed on them, including, and on the other, they understand that Nikol can calmly “destroy” each of them, and no one will get out of this. There are many such examples. So, Pashinyan seeks to restrain his teammates with legal terror. “