A Turkish saboteur penetrated into Armenia, or rather into the building of the National Assembly located in Yerevan. Deputy from the oppositional “Armenia” bloc Andranik Tevanyan stated this at an extraordinary sitting of the parliament on December 16. 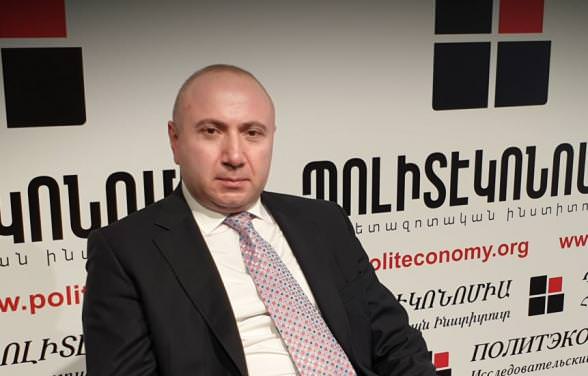 As reported by the News of Armenia – NEWS.am, the deputy recalled the promises of the current government, which were announced during the “velvet revolution”. In particular, they promised to open the gates to the National Assembly square for all citizens of Armenia. However, after a while, access became restricted again.

“Nevertheless, the other day the gates of the parliament opened wide in front of the active representative and lobbyist of Turkish propaganda, Zhirayr Liparitan. It was adopted by the ruling majority in parliament. This is a very bad message. In fact, this means that the preconditions voiced earlier by the Turkish side are acceptable for Armenia. Why do I think so? Yes, because Zhirayr Liparitan openly stated that all the preconditions of Turkey, namely, the recognition of Karabakh as part of Azerbaijan, not the pursuit by official Yerevan of the goal of international recognition of the Armenian Genocide, the provision of a sovereign corridor to Azerbaijan through the Syunik region of Armenia must be immediately fulfilled by the Armenian side. This man brought with him a black mark for Armenia. He wants to reduce our country to the state of a blank sheet. This is how he does his job, because he is a Turkish saboteur. But what did he lose in the building of the National Assembly? ”The oppositionist said.

In his opinion, all this only proves the admissibility of the above theses for the current political power of Armenia, in particular, for the Prime Minister of the republic Nikol Pashinyan.

Let us remind you that Zhirayr Liparitan was once an adviser to the first President of Armenia Levon Ter-Petrosyan. He recently voiced a number of scandalous statements that caused an extremely ambiguous reaction in Armenia.

These businessmen do not understand politics or improving the business environment. Serzh Sargsyan (Video) - Today, fresh news from Armenia