In the name of Turkish interests

During the meeting of Nikol Pashinyan with the President of Azerbaijan in Brussels, the parties confirmed the agreement on the construction of the Yeraskh – Julfa – Ordubad – Meghri – Horadiz railway. Pashinyan said this at a meeting of the Armenian government on Thursday, ARKA reports. “This agreement was recorded on November 26 in Sochi during a meeting mediated by Russian President Vladimir Putin and at a meeting in Brussels mediated by President of the European Council Charles Michel,” he said. 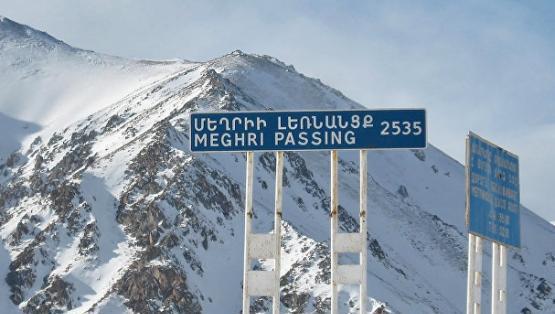 Pashinyan emphasized that the RAILWAY will operate in accordance with internationally accepted border and customs norms on the principle of reciprocity, sovereignty and jurisdictions of countries. He noted that Armenia through this railway will gain access to Iran and Russia, and Azerbaijan – a railway connection with Nakhchivan.

But it is impossible to keep silent. Immediately after the signing of the trilateral statement last year, which included in the document the topic of unblocking communications in the region, a simple question arose: it is clear why Azerbaijan and Turkey need this, but what does Armenia hope for? Of course, both now and a year ago, the authorities pointed out that if this project is implemented, Armenia will have the possibility of railway communication with Russia and Iran. But if at that time such an option seemed utopian due to a number of factors, now it is completely absurd to take such a prospect seriously.

For example, one must have too much imagination to imagine the unhindered, safe passage of trains through hundreds of kilometers of Azerbaijani territory from Armenia to the Russian Federation and back. It was difficult to imagine this at the end of 2020, and today it is completely impossible, if only because of the bitter experience of the already six months Azerbaijani presence on the 20-kilometer section of the Goris-Kapan interstate road. If anyone has forgotten, let me remind you how the National Security Service of the Republic of Armenia called upon the citizens of Armenia passing through this section to move without stopping, to contact by phone in case of capture by the Azerbaijanis. It is worth remembering the story of the arrest of Iranian drivers …

The question “What is Armenia hoping for?” and a purely economic aspect. There is generally a solid fog. About a month ago, on the sidelines of the Armenian-Russian Economic Cooperation business forum, Minister of Economy Vahan Kerobyan stated that unblocking communications within two years would bring Armenia GDP growth of 30%. “This is not only our research, but also of the World Bank, Asian Bank development “, – he stressed.

OF COURSE, 30% GDP GROWTH is a miserable effect of unblocking, moreover realistic only in case of ideal stability in the region. But that is not even the question. The same Kerobyan says today that depending on when the roads and railways are put into operation, it will become clear what the economic effect of unblocking communications will be. That is, a month ago the minister simply lied about the fact that there are specific studies, calculations and forecasts.

Perhaps one should not underestimate Kerobyan’s latest statement. In fact, it testifies to the fact that, entering the process of unblocking transport communications according to the indicated scheme, the Armenian side has no idea about its own, in particular, economic interests. That is, Yerevan yields to what Baku needs, not even knowing what it needs. The result of such a position is more than predictable: Azerbaijan gets everything, and Armenia gets nothing. Not to mention what our country is losing.

The RA government had at its disposal a whole year to calculate the pros and cons of the project of unblocking communications imposed by Azerbaijan and Turkey. For a whole year, the issue was discussed in the format of a trilateral commission at the level of deputy prime ministers. And during all this time it has not been found out what economic effect Yerevan can count on in case of unblocking. In these conditions of complete uncertainty about its own interests, Armenia enters into a fateful deal – in fact, in the name of Azerbaijani-Turkish interests.