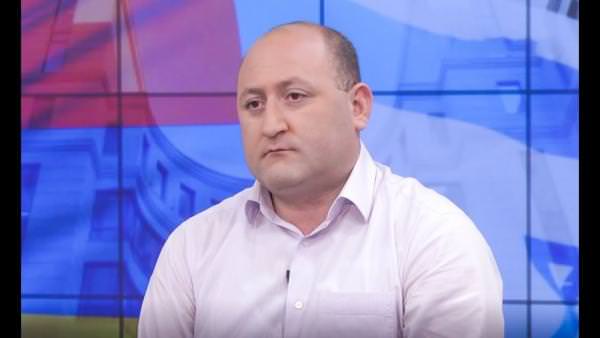 On December 15, US Secretary of State Anthony Blinken announced his support for the normalization of Armenian-Turkish relations. Washington, in his words, welcomes the statements of Turkish Foreign Minister Mevlut Cavusoglu and the Armenian Foreign Ministry on the appointment of special envoys to discuss the normalization process.

According to him, for the American administration, starting with Bush Sr., the settlement of the Armenian-Turkish relations was among the priorities.

“The United States tried to do everything to open the border. If you follow the publications of the then scientific centers and experts, this should have minimized Russia’s influence in the region and expanded Washington’s involvement,” Sargsyan said.

It was a global approach, which was followed in the United States back in the 90s. And in principle, from a geopolitical point of view, little has changed since then. Washington continues to view the settlement of relations between Ankara and Yerevan from the point of view of reducing Moscow’s influence.

As for Turkey’s aspirations, taking into account the above, we can say that Ankara is trying to “appease” the United States, especially if we take into account the large number of anti-Turkish resolutions in Congress and the problems in bilateral relations.

“It is obvious that an attempt to initiate the process of normalization of Armenian-Turkish relations will be used in the interests of Ankara. In the future, Turkey may declare that anti-Turkish resolutions harm the process,” Sargsyan said.

Another question is that one should not be inspired by the appointment of special envoys. Because in any process between countries, they acted in one format or another. In other words, there is nothing exceptional about this.

As for the risks for Armenia, you need to understand what conditions Turkey sets and what are the interests of Yerevan.

“What preconditions does Turkey set that we satisfy? In general, the preconditions are known – the rejection of the international recognition of the Armenian Genocide (this is not particularly evident in the foreign policy agenda now), the rejection of Nagorno-Karabakh (Yerevan does not actually raise the issue of its independence or joining Armenia) “, – said Sargsyan.

Other preconditions include recognition of the territorial integrity of Turkey and rejection of territorial claims. In addition, Ankara demands to edit the Declaration of Independence (refusal to use the concepts “Eastern Armenia” and “Western Armenia”), change the state emblem (remove Mount Ararat).

At the same time, Turkey in relations with Armenia will rely not only on its own demands, but also on the position of Azerbaijan. And that, in turn, will demand the opening of the “Zangezur Corridor”.

After the war, he demanded Pashinyan's resignation, a faceless and insane person. Mesrop Arakelyan about the mayoral candidate - Oices - Hot news from Armenia