Turkey has projects to assign Armenia, as is done with Georgia. Turkologist Andranik Ispiryan stated this at a visit to Armenian News – NEWS.am in an interview with “TALK TIME” program. By strengthening its non-military influence on Armenia, Turkey, in his words, will try to create problems in the security sphere. 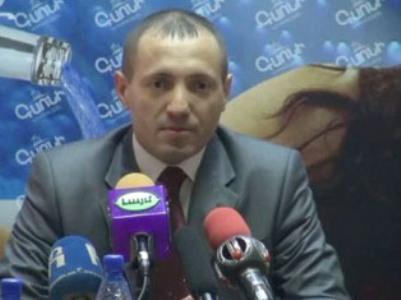 According to the Armenian News – NEWS.am, according to the expert, Armenia is not ready to follow the path of opening borders with Turkey, since, among other things, there are no mechanisms to protect local producers from external investments. “There will be no serious impact on the Armenian economy, except for a little activity. Moreover, against the background of the collapsed lira exchange rate, imports of Turkish goods at very low prices can ruin our economy, ”he said.

Ispiryan explained that this process is beneficial for Turkey from a political, geopolitical, economic point of view, it will strengthen its influence on Armenia.

He noted that the absurdity is that the opening of the borders is beneficial to Turkey, but Armenia is acting as a supplicant. “After the 44-day war, it would be expected to wait for such a request from Turkey, but we see that Armenia is asking for it. In the first case, Armenia could put forward its own preconditions. And they are constantly being put forward by Turkey in the form of the Zangezur corridor, the rejection of the Armenian Genocide, and so on. Today it has already been done in the form of coordinating the process with Azerbaijan, ”noted the Turkologist.

Everything that is happening suggests that the Armenian authorities, in his conviction, had behind-the-scenes communication, having agreed on the appointment of special envoys.

Ispiryan expressed concern that before that completely different statements and demands had been heard from Turkey, and given that there is a crisis in all spheres in Armenia, Ankara has a good chance to get the most out of it.

“The factor of preconditions is the most important in the process of the settlement of Armenian-Turkish relations, which may become a repetition of the previous attempt to normalize relations (I mean 2009 – ed.). Then Turkey agreed, without preconditions, a roadmap and a protocol were signed, which was frozen in parliament, since Turkey orally put forward a precondition in the form of surrendering at least one liberated region to Azerbaijan. Turkey can agree to this process as well, and then force Armenia to make concessions in the form of surrendering the corridor or removing unacceptable issues for Ankara from the agenda, ”the expert said.

“The Armenian authorities have led us to a trap, since Azerbaijan is already equating the Lachin corridor and the so-called Zangezur corridor,” Andranik Ispiryan concluded.