The only domestic political agenda of the authorities

The fight against the opposition today has become the only internal political agenda of the authorities, which means that this opposition should be protected like the apple of its eye. If all are transplanted one fine day, the next step of the authorities will inevitably be autoimmune devouring of themselves, and for this they are not yet ready. Although I got close to this state. 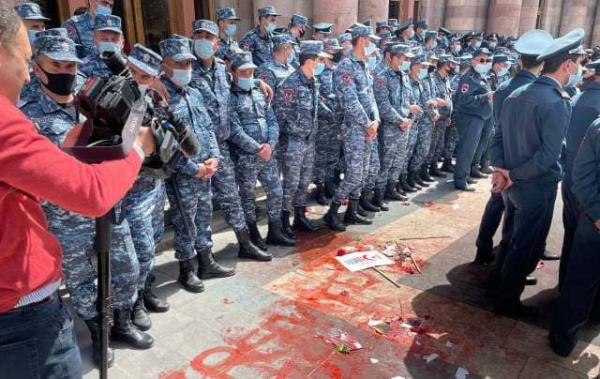 Of course, it is stupid and unnatural to blame the authorities for fighting the opposition. But it all comes down to methods. And they are usually illegal. Suppose, in some cases, you have to break the law – when a house is on fire, they don’t think about broken windows. But, you see, it is strange to break glass in the house, explaining that in the future it may actually burn out.

However, the authorities prefer not to think about it. We are not dealing with calculated steps, but with a purely reflexive start. Power over and over again refutes Hegel with his repetition of history: it plays out one farce in order to drag everyone into a new tragedy straight, without intermission.

As a result, the country may find itself in a situation that in 1927 at the 15th Congress of the All-Union Communist Party of Bolsheviks, Politburo member Mikhail Tomsky explained: “We can have two or four parties, but only on one condition: one party will be in power, and everyone else is in jail. ” However, let’s move on to the latest events.

On December 14, when leaving his house, the chairman of the “Civil Conscience” public organization Narek Samsonyan was detained and brought under arrest. A criminal case was initiated against him under Article 137.1 of the Criminal Code on the statement of a member of the “Bright Armenia” party David Khazhakyan. Samsonyan allegedly inflicted a grave insult on the leader of the SA, Edmon Marukyan, during one of the TV programs, and Khazhakyan decided to defend the honor of his party boss. Although, according to many, this is not a defense of honor, but a public demonstration of its complete absence. By the way, according to Samsonyan’s lawyer, human rights activist Ruben Melikyan, this is the first case of detention on the basis of the aforementioned composition of the accusation.

In fact, Narek had made an agreement with the investigator by phone in advance and was just going to meet him, but the police were already waiting for him in the courtyard, who piled on Samsonyan, twisted his arms and dragged him to the car using brute force. Why? After all, Narek Samsonyan did not hide from the police, was not wanted, did not commit actions dangerous for society.

It is difficult to disagree with Anna Mkrtchyan, a member of the “I Have Honor” faction, that “it was another show, another vivid proof of Pashinyan’s attempts to retain power through repression. Nicholas policemen understand what they are doing, but, unfortunately, their professional and human dignity retreats due to the vertical imperative that they receive from the executive branch. ”

HOW DO I EXPLAIN THE SELECT JUSTICE we face every day? Indeed, according to Arsen Babayan, a representative of the Rodina party, four reports were submitted to the prosecutor’s office about insulting opposition politicians, but the law enforcement officers did not actually take any concrete actions. Not a word comes from there – neither on this matter, nor on other similar ones. And it comes from there and has been ringing in my ears for a long time – a neat silence.

By the way, about the insults inflicted on opposition politicians by Pashinyan. At first glance, it seems that there is nothing complicated here, cases can be brought to court. Here is the video, here are dozens and hundreds of witnesses – what to investigate and what to debate about?

But no, the prosecutor’s office, according to our information, is going to carry out a full-scale linguistic examination of Pashinyan’s expressions! Can you already guess, fellow citizens, to what conclusion the specialists of the Academy of Sciences will come? After all, it was not for that professor that they climbed to the heights of lexicography for so many years, so that just like that, in a philistine way, to recognize the prime minister’s street statements as an insult. You will see, it turns out that if you take a good look and, not trusting the first impression, listen to what Pashinyan said once more, it turns out that this is not an insult at all, but, say, “an idiom in which no negatively assessed characteristics are directly attributed to the addressee.” …

Hooray! Therefore, you can learn by heart. Not a future expert assessment, but, in fact, Pashinyan’s imperishable texts. There are a lot of cases for use. You go out closer to the government building and start chanting in chorus. And we will tell the cops who have run up about the idiom … What, you can’t even dream?

On December 15, it was also decided to arrest the head of the “Alternative” public organization, a member of the “Armenia” bloc Narek Mantashyan for two months. He was charged with participating in the riots in the government building on the night of November 9-10, 2020. Mantashyan’s lawyer Alexander Kochubaev said, “This is the handwriting of the current government, they hate every symbol associated with statehood. Judging by the video footage, Narek Mantashyan was only waving the flag of Armenia. This is a pre-holiday aggravation of the authorities.”

Why did they decide to take Mantashyan under arrest only more than a year after the events in the government building? The answer is simple. The prosecutor’s office wasn’t made with a finger – it lay down in the mud and pretended to be a piece of wood. And today, when the situation in connection with the possible signing of the next capitulation agreements by Pashinyan is heating up again, – grab the opposition by the throat! But now they are no longer petty accusations, now for real, with a grave corpus delicti.

And about these details related to the arrests of Narek Samsonyan and Narek Mantashyan, we tell you, fellow citizens, for a reason, for the sake of a good word. They, like Chekhov’s gun, will certainly shoot a little later. If not in one gulp, then one by one.

In Pushkino, a resident came to the polls with a Russian passport

As of 17:00, the highest index of voter activity is in Kajaran community, the lowest is in Jrvezh. Local government elections