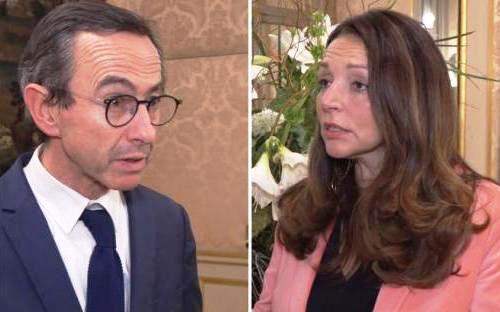 As reported by Armenpress, the press service of the National Assembly of Armenia reported this, stressing that Senator Bruno Retayo spoke about the war that took place a year ago, about the post-war situation, calling the Armenian tragedy universal.

“The French Senate was the first in Europe to adopt a resolution on the recognition of Artsakh, almost unanimously, since the struggle of Artsakh concerns us as well. We are the bearers of the values ​​of one civilization, only recognition of the independence of Artsakh can guarantee the future of the people of Artsakh.

Aliyev is still in the orbit of the war, it is not known where he will reach. It is necessary that Europe and France, within the framework of the Minsk Group, stop him, since he attacked not only Artsakh, but also Armenia. The international community must do everything possible to stop Aliyev’s ally Erdogan. I hope that France will play its part in this.

With this resolution we tell Armenia and the Armenian people that you are not alone, we are on your side, we will protect your interests, ”Bruno Ritayo said.

Valerie Boyer stressed that today Turkey is not only a partner of Azerbaijan, but also one of the instigators of the war.

“The current situation in Armenia is unacceptable for the international community. The conflict is frozen but not resolved. It is inadmissible for Azerbaijan to ignore the Minsk Group. Today they are trying to turn the Minsk Group into a platform for clarifying relations between Armenia and Azerbaijan. The goal is to strangle Armenia by cutting off the only border with Iran, ”said the vice-president of the France-Armenia friendship group of the Senate.

“This is an unpunished continuation of the genocide. We have various tools at our disposal to influence this situation. The first is the diplomatic route. On November 25 last year, the Senate and December 3, the National Assembly adopted resolutions on the recognition of Artsakh. The second is the creation of a friendship group with Artsakh, which will give an opportunity to talk about Artsakh and its legal status. We also have other instruments, EU instruments ”.

Boyer does not agree that in case of aggressive attacks from Azerbaijan, the direct addressee of the call for peace is not named, the word “parties” is used.

She said that France will very soon take over the EU presidency.

“As a country holding the EU Presidency, France will have various instruments at its disposal. An attack not only on Artsakh, but also on Armenia is unacceptable for a NATO member state. Of course, the tools at our disposal are limited, but when issues of human rights, prisoners of war, cultural heritage arise, we are honored to use them to the fullest extent possible. The French Senate and the National Assembly have made their move, and now it is the French government’s turn. ”