Mkhitar Zakaryan: The Berdzor corridor and the road through Meghri are of different dimensions 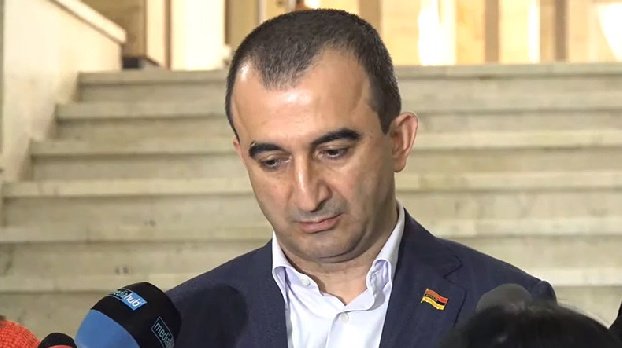 December 16, 2021 09:40 am – News – “These are not comparable and are in different planes values, and I consider it demagoguery to link them with each other,” said the former Mayor of Meghri, MP from the “Armenia” faction Mkhitar Zakaryan, referring to the statement of Azerbaijani President Ilham Aliyev regarding the Berdzor corridor and the road. through Meghri.

According to him, the victorious state in relations with the defeated state seeks to extract maximum benefits for itself, while Armenia should strive to get out of this situation with minimal losses.

According to M. Zakaryan, all roads should be unblocked taking into account economic interests, but this process should be launched when the state straightens its back and comes to its senses after defeat.

Noting that in order to advance its interests, the Republic of Armenia must once again become a factor, the deputy noted the importance of strengthening the state, after which it would be possible to build relations.

“In my opinion, now is the most inconvenient time for making such global geopolitical decisions,” Zakaryan said referring to the process of border delimitation with its subsequent demarcation and the possible establishment of diplomatic relations with Turkey.

At the same time, he did not agree with Nikol Pashinyan’s assertions that some sections of the Goris-Kapan road were allegedly Azerbaijani, stating that they were definitely Armenian.

Answering the question whether the opposition can resign, the NA deputy from the “Armenia” faction stated: if the interests of the state demand it, the issue of resigning mandates will be included in the agenda.

Referring to the information about the surrender of some sections of the interstate road to Azerbaijan on the Voskepar section of the Tavush region of Armenia, Zakaryan said: “Even if people living in Armenia and Artsakh agree to cede a small piece of land, this cannot be considered correct in the moral plane, because these lands are not only ours, they were left to us by our ancestors from time immemorial, they will be used by future generations. ”