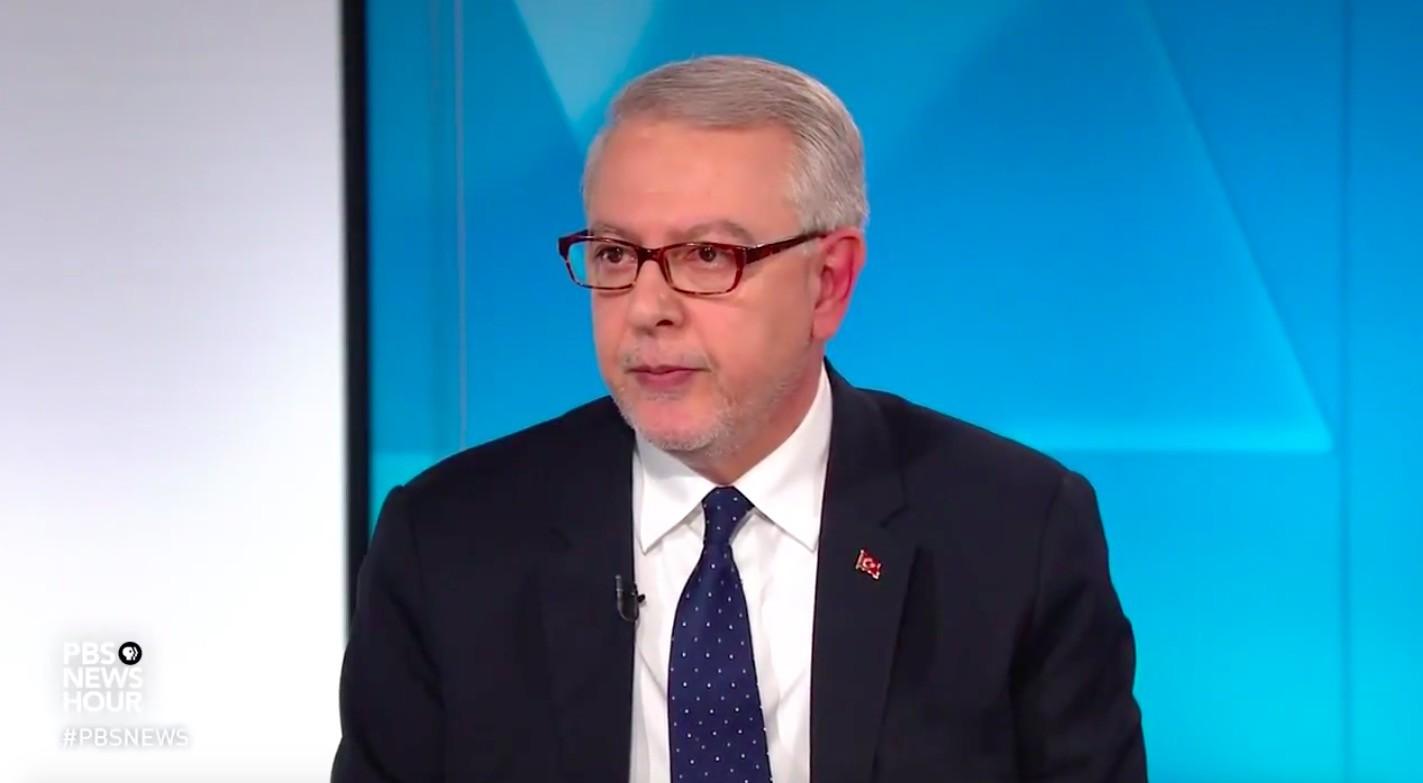 During his visit to the United Arab Emirates, Turkish Foreign Minister Mülut Çavuşo ։lu stated that former Turkish Ambassador to the United States Serdar Kըlչç will be appointed Turkish Special Representative for talks with Armenia.

Kilic is a personnel diplomat. He was born in Samsun. In 1980 he graduated from the Faculty of Political Science of Ankara University. He has been in the diplomatic service since 1984.

In late March 2018, when the US embassy was moved from Tel Aviv to Jerusalem by Trump, the Turkish Foreign Ministry recalled its ambassador to the United States, Serdar Kilic, to Ankara for consultations.

During his tenure as Turkish Ambassador to the United States, Kilic has always fought against the recognition of the Armenian Genocide and acted to thwart pro-Armenian initiatives. Thus, Kilic regularly criticized the American authorities, who sent a message on April 24 every year on the occasion of the next anniversary of the Armenian Genocide. For example, on April 24, 2020, Kilic stated that President Trump’s message was unfounded and not objective, claiming that during the First World War, “Armenians killed 500,000 Muslims.”

President Trump’s statement is based on domestic political considerations, ignores massacre of 500K muslims by Armenian rebels in the same period, is thus void of objectivity in reflecting 1915 events,and as such is totally unacceptable. Let historians decide on historical events pic.twitter.com/AMnLaUFo3r

He was also actively spreading misinformation about the “Khojaly events”.

in the Y.Karabakh region of Azerbaijan. #Khojaly I once again commemorate our Azerbaijani brothers and sisters who were brutally murdered in the city of Armenia by the Armenian army. pic.twitter.com/S0lvvvV8zI

During his diplomatic mission in the United States, Kilic was constantly targeted by Congressman Adam Schiff, who is known for his pro-Armenian activities. When Schiff once again criticized Erdogan or one of the representatives of the Turkish government, Serdar Kilic immediately accused him of defending Armenian interests and distorting the facts.

During the 44-day war in 2020, Kilic was engaged in active anti-Armenian and false propaganda. Thus, on Twitter, he shared the posts of the then Azerbaijani Ambassador to the United States Elin Suleymanov, congratulations On the occasion of the capture of Shushi and the victory of Azerbaijan in the war.

Moreover, in one of his regular statements, Kilic insistedthat during the war the representatives of the Kurdish Workers’ Party fought in Artsakh on the Armenian side, denying the fact that Syrian mercenaries and terrorists were involved in the war by Azerbaijan. “There is clear evidence that PKK terrorists have moved to Armenia from northern Iraq,” Kilic said.

“Fact”. Pashinyan urged his teammates not to be unnecessarily excited and not to have particularly high hopes for the West – Today, fresh news from Armenia

The length of service is not enough to become a judge member of the Supreme Court of Justice with the quota of a lawyer-scientist. “People”

The most important issue on the agenda remains the return of the captives. Eduard Aghajanyan received the Ambassador of Estonia - Oices - Hot news from Armenia