There is a secret agreement between the Armenian and Turkish authorities

The power of evil is going on a new adventure, at the expense of the vital interests and rights of generations of Armenia and Artsakh. Ishkhan Saghatelyan, the vice-speaker of the Armenian parliament from the “Armenia” bloc, representative of the ARF VO, wrote about this on his Facebook page. 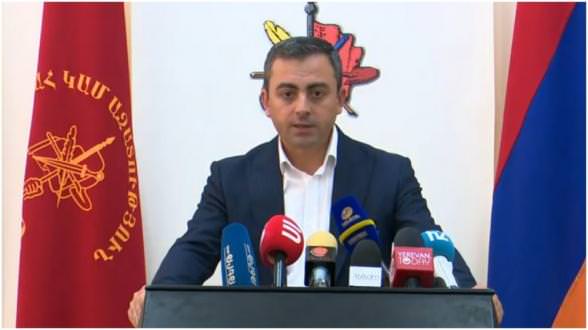 As the News of Armenia – NEWS.am reports, he, in particular, noted:

“We have been talking for a long time about the fact that the authorities of Armenia and Turkey are jointly conducting backstage negotiations, which the RA authorities denied. Yesterday, again from a foreign source, in this case from a statement by the Turkish Foreign Minister, it became clear that the two countries are going to appoint special representatives to normalize relations.

Obviously, this was preceded by secret negotiations behind the backs of the people, which reached the level that special representatives should be appointed.

It is known that before the war of 2020, Turkey presented Armenia with three main preconditions – renunciation of international recognition of the Armenian Genocide, legal recognition of the de facto border with Turkey, renunciation of the Artsakh issue. After the aggression against the Armenian people with the direct participation of Turkey and the end of the war, Ankara added another precondition – the provision of the so-called “Zangezur Corridor” to Azerbaijan.

The authorities of the Republic of Armenia, with their notorious program of the Cabinet, in fact, satisfied the Turkish precondition of renouncing international recognition of the Armenian Genocide, one of the manifestations of which was the shameful statement of the RA Foreign Ministry on the occasion of the International Day of Remembrance of the Victims of Genocides. The absence of a state position on the status of Artsakh testifies to the fulfillment of another Turkish precondition.

It is noteworthy that on March 16, the ARF Bureau warned the authorities, who had handed over an important part of the Motherland to the enemy, not to enter into negotiations with Turkey, which could mean the realization of the 100-year-old goals of the Turkish state.

Dear compatriots, it is already clear that there is a secret agreement between the authorities of Armenia and Turkey. Turkey has never been ready to establish diplomatic relations without preconditions.

The power of evil is once again embarking on a new adventure, at the expense of the vital interests and rights of the generations of Armenia and Artsakh.

Not too late. National resistance could disrupt the agenda of Turkey and the forces serving it. ”

“Fact”. Pashinyan urged his teammates not to be unnecessarily excited and not to have particularly high hopes for the West – Today, fresh news from Armenia

The length of service is not enough to become a judge member of the Supreme Court of Justice with the quota of a lawyer-scientist. “People”