The responsibility of the authorities must be personified

One of the examples of political science naivety inherent in our society is the glorification of figures who have served the government for a long time, but at a certain stage they had some problems with it, as a result of which these people were fired or resigned. Today, with the still Mayor of Yerevan Hayk Marutyan, exactly what was previously tested on many other figures, who were often thus “freed” from their share of responsibility, is happening. 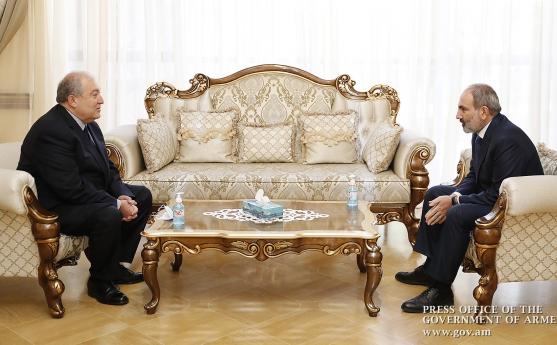 For example, it can be almost unambiguously asserted that at least both President Armen Sargsyan and Foreign Minister Zohrab Mnatsakanyan knew about the signing of the trilateral statement on November 9. Another question is whether they participated in the discussions on the preparation of this document or not. Judging by further leaks of information, Pashinyan, in order to insure himself, informed them and only then signed a statement, although they both claimed that they were not in the know. If, for example, Armen Sargsyan, the guarantor of the observance of the Constitution, by his own admission, learned about the trilateral statement from the press, what is he doing today at 26 Baghramyan?

The fact is that, despite the attempts of some opposition circles to heroize Sargsyan, he is not inferior to Pashinyan on the issue of evading responsibility, acting in his usual manner. Moreover, Sargsyan has already begun lobbying for a return to the presidential model through constitutional changes, as a result of which, of course, he will step down. But just a year ago, the president demanded Pashinyan’s resignation and actually claimed the leadership of the transitional government, keeping silent about his share of responsibility.

Or, for example, it is known that clouds thickened over the head of Chief of the General Staff Artak Davtyan. And that, after a possible resignation, which, by the way, will be the second in a row, he will be presented as a principled military man who mercilessly fought against the system from within, as they imagined, say, Arshak Karapetyan? Meanwhile, during the period of Davtyan’s first tenure in office, the military units of the reserve were liquidated, and the armament plan was changed – and these facts were quite enough to never let him near the army again. Nevertheless, today for the second time he is the number one responsible in the country’s Armed Forces. After his resignation, Andranik Kocharian will probably remember these sins of Davtyan, just as after the first dismissal he declared his negative role in the April battles.

If the main culprit in our defeat in the war is Nikol Pashinyan, and our accomplice is Armen Sargsyan, then who, for example, carried out the order given by them not to strike at Azerbaijani oil and gas pipelines in any way, voicing in return the lie that we allegedly struck a blow at the runway of Ganzaka airport? After all, the responsibility for the implementation of this military-political decision should be narrowly personified: the Minister of Defense, the Chief of the General Staff, the Commander of the Defense Army and others.

If all of them are trying to absolve themselves of responsibility by making a deal with the authorities, moreover, creating an aura of heroism around themselves (evidence of this is the example of Jalal Harutyunyan), is it not clear that the greatest deceiver and master of manipulations Nikol Pashinyan has nothing to worry about in the matter of disclosure the real circumstances of the war?

David Sargsyan, “The Voice of Armenia”

Lady Gaga is in a relationship with Bradley Cooper again