The process of normalization between Armenia and Turkey under the current conditions is extremely dangerous for the Armenian statehood and is fraught with its destruction. As reported by Sputnik Armenia, a member of the Dashnaktsutyun party, secretary of the Hayastan parliamentary faction Artsvik Minasyan told reporters. 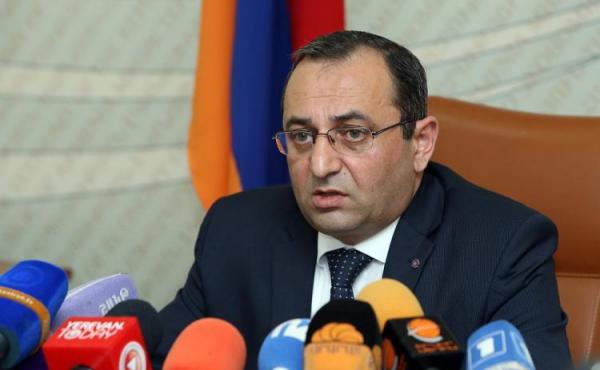 The day before, Turkish Foreign Minister Mevlut Cavusoglu said that Yerevan and Ankara will appoint representatives on a reciprocal basis within the framework of normalizing relations. Later, Armenia, through the mouth of the press secretary of the Foreign Ministry, welcomed Cavusoglu’s statement, confirming that it would appoint its special representative to conduct the dialogue.

The politician believes that the Armenian authorities either do not understand what they are getting themselves into, or are deliberately leading the country to ruin. For Minasyan, it is obvious that Armenia, weakened after the war, cannot defend its own interests in negotiations with the Turkish-Azerbaijani tandem, its positions are very vulnerable, and against this background, one should not go for a deliberately losing process.

Minasyan is convinced that this process does not serve the national goals of Armenia and its people. For a politician, it is not clear how one can talk about good-neighborly relations with a country that wants to destroy the Armenian state, does not recognize all the atrocities that it has committed against the whole people.

“Your enemy, though a neighbor, but an enemy, is ready to slaughter you every minute, destroy you, take away your house, and in these conditions we are talking about good-neighborly relations ?!”, Minasyan said.

He urged to ask a question why, until September 27, 2020, Turkey and Azerbaijan refused any discussions on the normalization of relations with Armenia. And if now, after the 44-day war and the defeat of Armenia, Baku and Ankara have achieved their goal and started talking about normalization, then it is illogical that this process would correspond to the interests of Armenia.

Minasyan stressed that the ARF will fight at all levels and platforms against the processes shaking the foundations of the Armenian statehood.