The poorest in Armenia – Lori, Shirak and Tavush regions

According to research by the Caucasus Research Resource Center-Armenia Foundation, Lori, Shirak and Tavush regions are recognized as the poorest regions of Armenia. The program leaders summed up the results of the study during a presentation for journalists and stakeholders. 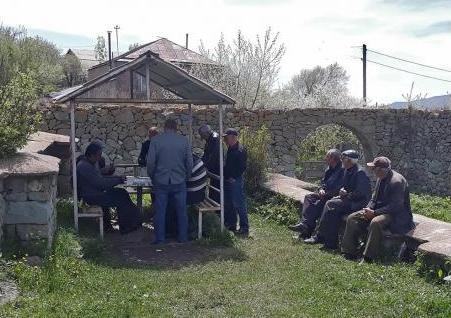 According to Sputnik Armenia, according to a survey conducted in these areas in August 2021 within the framework of the Applied Approaches to Overcoming Poverty in Communities program, over the past 12 months, 51% of the population did not have enough food due to a lack of funds, and 10% I had to starve for a whole day.

The study was based on the Alkira-Foster method of multivariate poverty assessment used by the World Bank and the Armenian Statistical Committee to calculate the national poverty index.

According to the study, the lowest poverty rate was recorded in the Tavush region (5.4%). Lori region turned out to be the most vulnerable (71.3%) in terms of lack of funds for everyday food and clothing.

Residents of only a few communities (in fact, less than 2.4%) indicated that they are able to “easily” or “very easily” pay for utility bills. Many residents of the regions reported that they do not have two pairs of normal shoes for different seasons.

Housing and health care issues prevail in the regions. Most of the problems were registered in terms of the quality of public services (water supply, drainage, waste collection, electricity supply, etc.). 65% or more of the households in the regions are not registered in the poverty benefit system. It turned out that the situation of many families simply did not meet the conditions of the system.

The study showed that in three regions there is a problem of unemployment, more than half of people of working age (15-75) are not represented in the labor market (55.9%), and 39.6% are long-term unemployed.

The program is implemented with the financial support of the European Union.

Aguero announces tears at the end of his career (video)