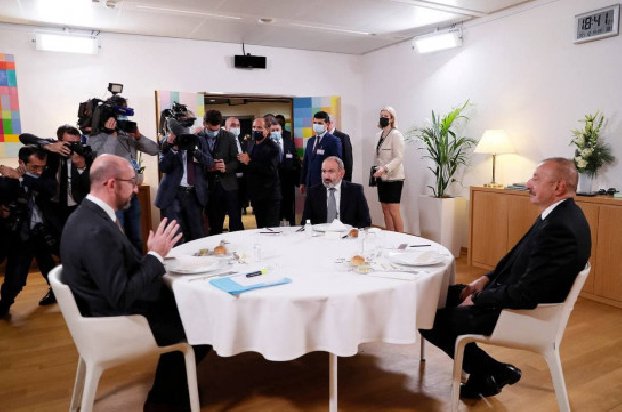 December 15, 2021, 10:00 – News – Prime Minister Nikol Pashinyan, who is on a working visit to Brussels, had a private conversation with President of the European Council Charles Michel, the press service of the Armenian government reported.

The Prime Minister of Armenia thanked Charles Michel for his consistent efforts to solve the problems that have arisen as a result of the 44-day war.

The interlocutors touched upon the planned trilateral meeting of Prime Minister of the Republic of Armenia Nikol Pashinyan, President of the European Council Charles Michel and President of the Republic of Azerbaijan Ilham Aliyev, and stressed the importance of continuing and strengthening the dialogue. The parties expressed their hope for productive negotiations that will contribute to stability and a comprehensive settlement of the issue.

Nikol Pashinyan and Charles Michel also touched upon the agenda and issues of the 6th Eastern Partnership Summit, which will take place on December 15 in Brussels. The parties stressed the importance of developing Armenia-EU cooperation within the framework of the Eastern Partnership and effective implementation of programs for the benefit of implementing institutional reforms and strengthening democracy in our country.

The parties stressed the importance of the reforms carried out in Armenia over the past three years and the steps of the Armenian government in this direction. In this regard, the President of the European Council stressed the EU’s readiness to further deepen and expand partnership in implementing the priorities of the Government of the Republic of Armenia.

The Prime Minister of Armenia and Charles Michel also touched upon the developments taking place in the South Caucasus.

Vahram Baghdasaryan, Armen Ashotyan և Eduard Sharmazanov presented their impressions of their next visit to Artsakh