Former Foreign Minister of Armenia Vartan Oskanian, who held this post for 10 years, in his new article touched upon the current stage of the Karabakh problem and aspects of the realization of the right to self-determination. Sputnik Armenia reports. 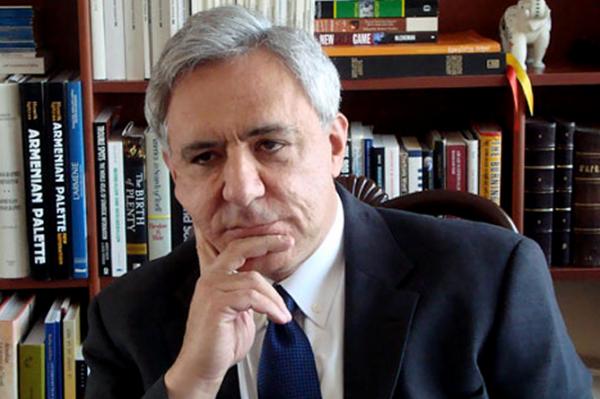 Nikol Pashinyan’s statements that the talks on Nagorno-Karabakh never provided for even a theoretical possibility of secession from Azerbaijan are alarming. This is stated in the article by the ex-Minister of Foreign Affairs of Armenia Vardan Oskanian, which was circulated among the Armenian media.

According to him, it is unacceptable to lose the achievements of the negotiation process in an effort to justify all kinds of negative and unacceptable consequences of the 44-day war and in attempts to blame the previous government.

The principle of self-determination of the people of Nagorno-Karabakh, which is contained in the Madrid and subsequently Kazan principles, can be considered one of the most important achievements of the state over the past thirty years, the article says.

In particular, Oskanian recalls that in the Principles (Madrid – ed.) It is written in black and white that the final status of Nagorno-Karabakh will be determined through a plebiscite, which provides an opportunity for free and real expression of the will of the population of Nagorno-Karabakh. At the same time, it is also noted that there are no restrictions on plebiscite issues, or on their wording. In addition, the possibility of any status option is allowed.

According to him, the wording, which was first enshrined in the Madrid principles, was achieved with extreme difficulty, using numerous diplomatic tricks. It also required a lot of effort on the part of the mediating states.

According to the ex-minister, the main value of this provision is its positive perception by the international community. It is this circumstance that the Armenian side should use in international diplomacy, and not devalue it for the purpose of internal political speculations, Oskanian said.

Among the diplomatic achievements of the Armenian side, he also noted the agreement on the connection of Armenia with Nagorno-Karabakh instead of the elevated road between Azerbaijan and Nakhchivan.

The author of the article called the recent statements of Nikol Pashinyan in the parliament that “according to the situation for 2018, judging by the content of the negotiations, Artsakh did not even have a theoretical possibility not to be part of Azerbaijan” and that “in 2016 in the negotiation In the process, a catastrophic situation was created, and Artsakh lost all practical and theoretical opportunities for staying outside Azerbaijan. ”

Former Foreign Minister of the Republic of Armenia Vartan Oskanian also touched upon the regional consultative platform “3 + 3” on the South Caucasus in his new article.

It would be better for Armenia to refuse any participation in the regional consultative platform “3 + 3” on the South Caucasus, writes former Foreign Minister Vartan Oskanian.

He recalled that this format was first proposed by Armenia in the early 2000s.

“It was the proposal of the winning side. In those days we wanted to legitimize the status quo. Azerbaijan and Turkey rejected our proposal. Today these countries offer the same format, and with the same purpose – to consolidate the status quo. However, this time, Armenia was it would be better to refuse any participation, “says the author’s article published by Oskanian.

However, if the Armenian side nevertheless decides to participate in “3 + 3”, Oskanian warns that “without a doubt, the agenda will be dictated by Azerbaijan and Turkey.” He invites Armenia to present its agenda, consisting of three issues: a) withdrawal of Azerbaijani troops from the sovereign territory of Armenia, b) unconditional, complete release of the hostages, c) unblocking communications without preconditions.

Oskanian also recalls the inadmissibility of including the Nagorno-Karabakh issue on the “3 + 3” agenda. On the other hand, in his opinion, the silence of Nagorno-Karabakh pours water on the mill of Azerbaijan, creating the appearance that such a problem no longer exists in the region.

The ex-foreign minister notes that today Armenia is at a fateful, turning point, when only bold, professional, flexible diplomacy could change the situation.

He also noted that the Armenian side should fix for itself two most important principles: a) NKAO is considered as an integral political unit, b) the right of the people of Artsakh to self-determination within the borders of NKAO.

“Thus, proceeding from these two principles, the Armenian side must find and, first of all, present the mediators with the option” I do not exclude “, thereby initiating a new stage in the settlement of the Artsakh problem within the framework of the Minsk Group. , concluded Oskanian.

Hunger rates are low in Europe and Central Asia, but continue to worsen due to the epidemic