Armenia, as before, is ready for the process of normalizing relations with Turkey without preconditions, which is spelled out in the program of the Armenian government. As reported by the Armenian News – NEWS.am, the press secretary of the Armenian Foreign Ministry Vahan Hunanyan wrote on his Facebook page. 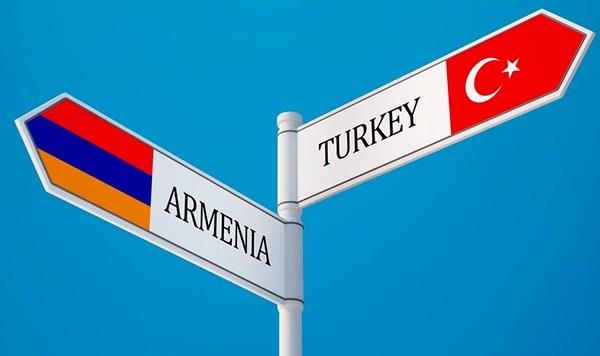 To remind, Turkish Foreign Minister Mevlut Cavusoglu said yesterday that Armenia and Turkey will appoint special envoys to discuss steps to normalize relations, adding that the countries will also resume charter flights between Istanbul and Yerevan. Cavusoglu said that Turkey will coordinate steps with Azerbaijan to normalize relations with Armenia.

Deputy Speaker of the Armenian Parliament Ruben Rubinyan will be appointed Special Representative for the dialogue with Turkey, Yerkirmedia.am reports citing its sources.

“Ruben Rubinyan is a founding member of the Civil Contract party, in 2015-2017. was a member of the party board, press secretary. In May 2018, without a diplomatic rank, he was appointed Deputy Foreign Minister. And in December he became a deputy of the National Assembly on the list of the “My Step” bloc.

The scandalous vote of the chairman of the permanent parliamentary commission on foreign relations, Rubinyan, is noteworthy: in PACE, according to him, he accidentally voted against the restoration of the voting rights of the Russian delegation.

Today they are going to appoint him as an envoy for a dialogue with Turkey. It is not ruled out that Russia will also have a representative in this format. The Russian Foreign Ministry stated that Armenia has asked Russia to mediate in the normalization of relations between Yerevan and Ankara, adding that Russia is interested in the normalization of Armenian-Turkish relations and is ready to contribute to this in every possible way, ”the newspaper writes, reports Aysor.am.

Central Bank of Armenia 2021 1.7% inflation was registered in November