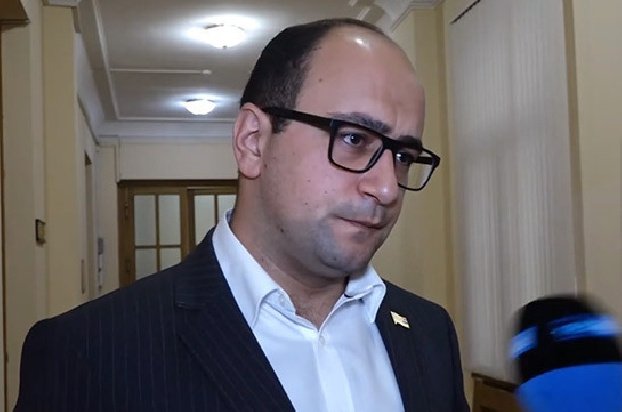 December 14, 2021 09:40 am – News – When it comes to representatives of the ruling junta, it is difficult to talk about morality, it looks like romance, said Hayk Mamidzhanyan, MP from the “I Have Honor” faction, referring to the opposition’s demand for the resignation of Alain Simonyan and his reaction to this initiative.

“As for what Alen Simonyan and the ruling team are going to do after that, this is their business. The opposition will use all its tools and will try to restore dignity, ”said the secretary of the“ I Have the Honor ”faction.

When asked what steps the opposition will take if the issue is included in the parliament’s agenda and the political majority tries to ruin the draft decision on passing a vote of no confidence in Alain Simonyan, Hayk Mamidzhanyan replied: “There are various options. Let’s see which option they choose: every action has its own opposition. “

Let us remind you that after the distribution of the video recording with the scandalous statements of the speaker of the parliament about the prisoners, the opposition faction “Armenia” put into circulation a draft decision demanding the resignation of Alain Simonyan.

Let us remind you that the “Deja Vu” Telegram channel has published a video material in which the speaker of the Armenian parliament Alen Simonyan asserts in a conversation with some person that “the prisoners for him no longer exist.”

In an interview with reporters, Alen Simonyan said that there are also soldiers and officers who did not fulfill their duties and ended up in captivity – they preferred to surrender instead of defending the borders of Armenia.