There were reports that the French presidential candidates Eric Zemmour and Valerie Pécresse intend to make trips to Armenia “in the coming days” for their first pre-election trip. The French press asserts that several representatives of the Armenian community of France wrote an open letter to French President Emmanuel Macron, in which they invited the latter to also visit Armenia. Earlier, French Ambassador to Yerevan Anne Luyo said that Macron “will be very happy to visit Yerevan, but the date has not yet been determined.” It is argued that if such a visit takes place, it will be timed to coincide with the 30th anniversary of the establishment of diplomatic relations between the two countries. 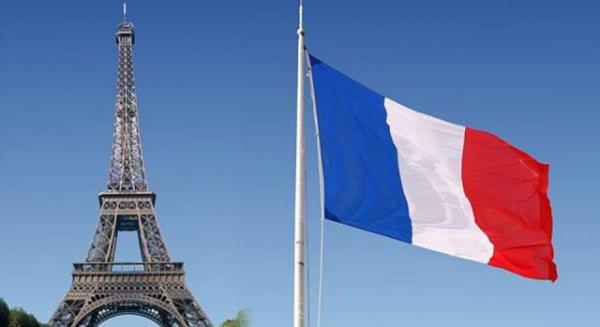 THE ELECTION CALENDAR AND TRADITION LETS MAKE MACRONA slow. He is expected to announce his plans on December 21, when he turns 44. Presidential elections in France are scheduled for April 10, 2022, and it is difficult to say whether Macron will have time to implement his plans by that time. Nevertheless, the pre-election situation in France always has its own complex drama. At least forty politicians have already announced their own views of the historic apartments in the Elysee Palace. But in order to officially join the campaign, each of the applicants must secure the support of at least 500 municipal councilors and mayors by February 26, 2022. The final list of candidates will become known only on March 11.

Hence the first conclusion: Zemmur and Pekress will appear in Armenia without the official status of presidential candidates. Sociological measurements show that Zemmur in the first round can count on only 15%, while Pecresse’s indicators are “slippery” and change rapidly. It is argued that she can take second place in the first round, polls give the leadership to the current head of state.

The second conclusion: for Zemmour and Pecresse, the unique transfer of part of the election campaign to a foreign platform in Armenia is the main means for winning the votes of the politically influential and economically strong 500,000 Armenian diaspora in France. This is in a narrow sense. In broad terms, they will try to act as the flagship of the “defenders of the interests of Christianity in the Greater Middle East” with the aim of throwing off the clothes of “provincialism of the French version.”

The third conclusion: all signs of the ideological and political crisis raging in France on the right and left flanks will be transferred to the Armenian bridgehead. Finally, Zemmur and Pekresse will demonstrate the fact that Macron “lost the Caucasus”, while Nikol Pashinyan’s government “lost Paris” during the second Karabakh war, which did not behave the way it was originally supposed in Yerevan. In this sense, Zemmur and Pekress have arguments for criticizing Macron’s policies both in the Transcaucasus in general and in relation to Armenia in particular.

Earlier, the French Armenians were outraged by the “betrayal” of French President Nicolas Sarkozy, now they are “perplexed” about the policy of Macron, who made only statements. But what exactly can the French intrigue, which is being realized on its territory, give Yerevan, especially since Armenia has been overwhelmed by many years of armed and political confrontation simultaneously with Azerbaijan and Turkey, needs a peaceful respite and the creation of conditions for development, attracting foreign investment and implementing the planned modernization policy. After all, there are forces, not only external ones, that are trying to keep it in their own interests on the first front line. Soon the election campaign will subside in France, and Armenia will continue to remain “in its own interests and in the previous geopolitical dimension.” Zemmour, who is already called “the French Trump”, announced, for example, his intention to “save France” and “return to it the sovereignty that Brussels has taken away.”

From whom is he and, most importantly, how does he intend to “save Armenia”? True, there is another side of the problem: after the second Karabakh war, crisis phenomena began to appear in relations between Pashinyan and the western Armenian diaspora due to his new regional policy.

The prime minister began to lose his former support, and they are now trying to create problems for him, keeping on the horizon a bait as a potential investment. According to experts, this became noticeable when, during the second Karabakh war, the lobby of the Armenian diaspora, with the exception of France, for mysterious reasons did not support Pashinyan, demonstrating the lack of hope for the prospects of his declared political course. Now that the war with Azerbaijan has been lost, the diaspora is experiencing complete disappointment, loss of confidence and blames both the current and former leaders of the Armenian government. But then why do Zemmur and Pekress go to Yerevan?

"Civilization can collapse." Elon Musk wants to save humanity with Tesla Bot (video)