“Everything was done so that before the war we already had a morally disoriented society and a collapsed army,” said Naira Zohrabyan, chairman of the Security and Democracy NGO, in an interview with GA. 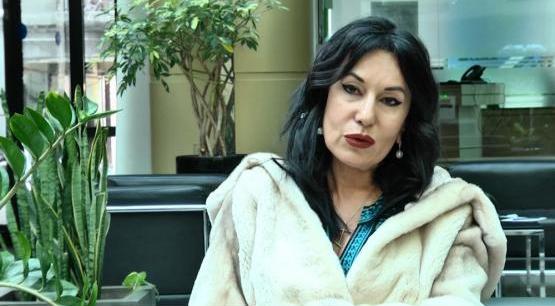 On December 10, on the initiative of the Security and Democracy public organization she heads, a discussion was held in Yerevan on the humanitarian consequences of the 44-day war, the problem of human rights in post-war Armenia and Artsakh, prisoners of war, as well as cultural vandalism by Azerbaijan. The event was attended by the Ombudsman of the Artsakh Republic Gegham Stepanyan, the representative of the interests of the Armenian prisoners of war in the ECHR Siranush Sahakyan and the co-founder of the “Legal Way” NGO Ruben Melikyan.

We managed to talk with the organizer of the meeting Naira Zohrabyan separately.

– Recently, from the rostrum of the parliament, Nikol Pashinyan said that “the final status of Nagorno-Karabakh does not necessarily mean its independence” …

– I consider such a statement to be very dangerous. According to Pashinyan, it appears that all the settlement options before him testify that Artsakh would be a part of Azerbaijan. This is not true – I myself have published the relevant documents several times.

Plus, let’s recall the interview on January 13, 2021 of the OSCE Minsk Group co-chair from Russia Igor Popov, who confirmed that the negotiating package inherited by Pashinyan from the previous authorities provided for the following: at the first stage, it was supposed to return 5 districts, Karvachar and Lachin remained under the control of the Armenian side. A referendum was to be held in Artsakh, having (we will fix it!) Legal force, after which Artsakh immediately received subjectivity, the army and the judicial system acquired international status, etc. I repeat, a referendum would take place that would decide the status of the republic.

All these are technical procedures, technical details, we are talking about a phased settlement, and we must not forget that with such an option we would not have such monstrous losses. 5,000 thousand dead are no longer technical details, but the destroyed generation of our brightest, most talented, beautiful guys who were supposed to create families, have children, work and serve for the good of their country.

– Are these public messages from Pashinyan a prelude to the fact that Artsakh will remain a part of Azerbaijan?

– I am surprised that you are surprised at this or that statement of Pashinyan. Back in 2007, when Azerbaijani journalists were invited here, he, being the editor of the “Haykakan Zhamanak” newspaper, absolutely openly stated that these are their territories, and as long as they are under our control, there will be no peace and tranquility in the region. Today he does what he believed in and what has always been his credo.

– Do you see a tendency to make traitors and deserters out of the prisoners of war whom the authorities declared heroes yesterday?

– Let’s distinguish between two things here: traitors and deserters must be punished – there is no doubt about that. Because if 60 people can surrender to seven, questions arise. However, in this plane, there is a lot that needs to be dealt with.

I talked with some of the guys who returned from captivity, they say that their testimony in the SNB was “edited”. I will not blame the SNB now, I will wait for an explanation. Meanwhile, the returning prisoners were immediately taken from the plane to the SNB, interrogated for 8 hours. Many people signed the paper without even reading it, because you represent the psychological state of a person who has just returned from Azerbaijani captivity ?!

But it is very, very strange that for all the “marching” prisoners of war suddenly, at some point, in droves became heroes. Let’s remember a woman – now the governor of Chirac, who constantly manipulated the topic of prisoners. When it was already announced that the next plane from Baku was going to land, she was the first to scribble in social networks that “our heroes are returning”. How did it happen that these heroes suddenly immediately became traitors and deserters?

I repeat, if there are any, they should be punished. But to do it so publicly, when the circumstances are not yet clear, when we have not yet returned prisoners – how is it possible ?! Any investigation in such a situation should be conducted without public announcement. I would understand that.

– What is this if not another step towards the collapse of the army?

– I think the army as such has already collapsed, because even if we have weapons, it is collapsed by the fact that moral and value guidelines have been destroyed. If a soldier sees that a prisoner in Azerbaijani captivity, subjected to inhuman torture (and all prisoners are tortured in Azerbaijan) is being tried upon returning home, can you imagine the state of this soldier?

It’s obvious to me what the parents will do. They will take their children out of the country at any cost, which will lead to the complete collapse of the army. But it did not start today, but back in 2018 after the “victory of the revolution”, when the military subject was removed from the school curriculum, when, instead of feeding a serviceman with what is supposed to keep him energetic and vigilant, the authorities began to boast about that in the army the soldiers are treated to tiramisu and strawberries.

In this regard, I spoke with experts and everyone unanimously asserts that there is a clear protein balance that should make up the diet in the army. When this diet is replaced with strawberries and carbohydrates, the person becomes lethargic and sleepy. Food in the army is of military-strategic importance – this is not a populist trick.

And also remember how Pashinyan’s appointees began to change everything when they came to power: they attacked the Armenian Church, reshaped educational programs, tearing pieces of Armenian history and literature away from it … Everything was done so that before the war we already had a society without clear moral guidelines , the collapsed army. Today it continues and will continue as long as this power remains at the helm …

Zara Gevorkyan, “The Voice of Armenia”