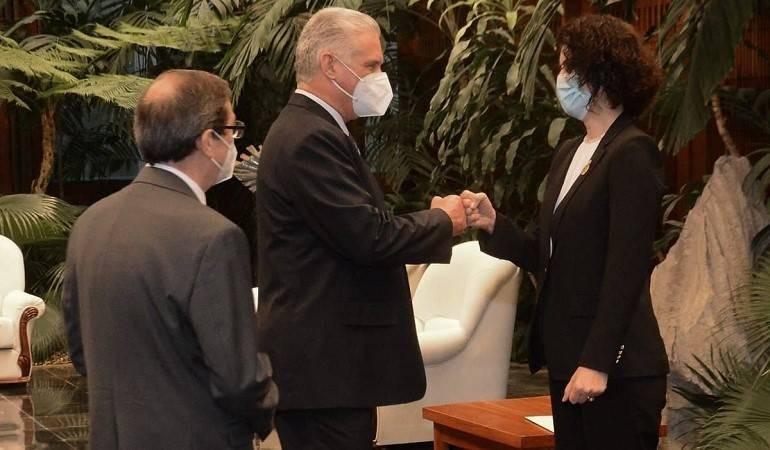 “During the private conversation following the official credentialing ceremony, the Cuban President congratulated Ambassador Harutyunyan on assuming the responsible mission and expressed hope that the newly appointed Ambassador would contribute to the further strengthening of the Armenian-Cuban friendly relations and the deepening of dialogue at various levels.

Ambassador Harutyunyan thanked for the reception, congratulations, and assured that during his mission he would make every effort to give a new impetus to the bilateral cooperation, to strengthen the friendship between the two peoples. “Both sides cooperated on multilateral platforms, particularly within the EEU,” the statement said.