Why is Nichol lying?

Why is Nichol lying? It is clear that I am raising a naive question. A more or less reasonable person already understands why Nikol Pashinyan is lying. First of all, he lies, since he is a pathological liar. Asking why Nichol is lying is akin to asking why a prostitute is prostituted. 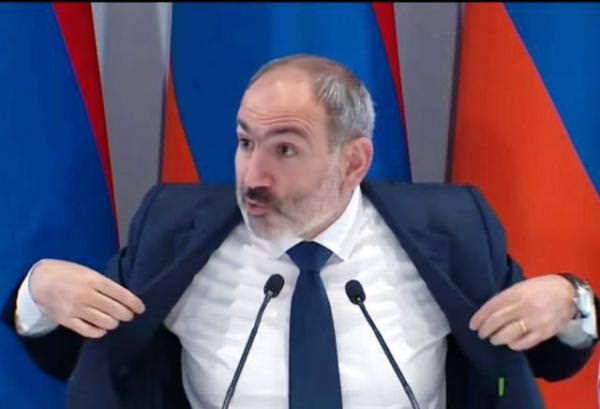 Deceit is a disease. The pathological liar lies even when there is no need for it, that is, he has no practical benefit for it. Nichol is one of them.

A liar must have a good memory. Nicholas doesn’t have this. With a difference of one day, he can give out conflicting lies and get entangled in his lies. For example, the other day he said that he did not have any verbal agreements with Aliyev. However, everyone saw his interview to the Public TV channel, in which he says that he surrendered the territories on the basis of oral agreements.

Nichol always lies for any reason. His lies have one goal – save your ass, shoulder the blame on others and fool the masses who believe in him.

The barrel of Nikolov’s lies is bottomless. He lies, because he exists, or rather – Nichol exists, because he lies. As soon as the lie returns to him like a boomerang, he will immediately perish.

Fewer and fewer people believe in Nicola’s lies. The elections to the local self-government bodies are one of the clearest proofs of this. But this does not prevent Nikol from continuing to follow the path of lies. He simply has no other way.

One of Nikol’s last insinuations is that Artsakh had no chance of staying outside Azerbaijan on any of the options for the settlement of the Karabakh issue. Of course, this is a blatant lie.

Nichol spreads this blatant lie to show that he is not one of those who give up, but one of those who are struggling. From the words of Nikola it turns out that he brought war and defeat to our country, caused thousands of deaths and wounded, so as not to leave Artsakh as part of Azerbaijan. Indeed, “patriotism” is the last refuge of scoundrels.

If we are guided by Nikol’s deceitful logic, it will turn out that we should still be grateful to him that he brought us war and sacrifices, since Stepanakert is still inhabited by Armenians. This is exactly what immorality looks like.

The reality is that within the framework of the Madrid principles, the logic of the negotiation process fit the formula “Territories in exchange for the status of Artsakh”. The issue of self-determination of Artsakh and its international recognition was adopted by the three co-chairs. This is the reason why Aliyev complained that behind closed doors he was forced to recognize the independence of Artsakh. Although, all this is known and obvious and so. Nichol is a liar, period!

As soon as he surrenders something, he immediately begins to hang labels on others in an attempt to present himself not as surrendering, but as saving. He surrendered Shushi, and then declared that the city should have remained to Azerbaijan in one way or another, besides, Shushi was unhappy and gloomy.

Now he has surrendered the statehood of Artsakh, and he says, they say, in any case, he should have been a part of Azerbaijan.

From a pathological liar and evil, nothing else was expected.