Still, fellow citizens, Nostradamus had to be born in Armenia. And Cassandra was to be born with us. In modern Armenia, it is easy to predict even the most incredible. And you don’t need to go to the grandmother. 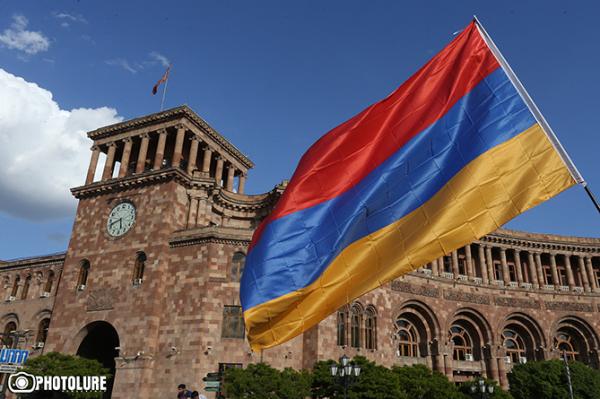 IT WAS DIFFICULT TO ASSUME that after the attack on December 7 by a flock of deputies led by representatives of the “Civil Contract” Hrachya Hakobyan, Vahagn Aleksanyan, Sisak Gabrielyan on the assistants of the deputies of the “Armenia” bloc in the office of Vice-Speaker Rubinyan, … the injured oppositionists would be guilty? At one time, Hesse remarked: “We live in a feuilleton era.” And today we are confidently falling into an anecdotal era. The behavior of government officials is increasingly reminiscent of a collection of anecdotes. And not funny at all, of course.

The very next day after the incident, the backpacks unanimously went on the offensive, trying to shift the blame on the assistants of the deputies Gerasim Vardanyan, Sevak Nazaryan and Taron Kazaryan. And they started talking about the fact that “the representatives of the parliamentary majority with high authority” could not trick the opposition into Rubinyan’s office and attack them. Meanwhile, you must admit that talking about the authority of government officials today is only possible in the criminal sense of the word.

Which, of course, did not prevent the participants in the attack of the State Duma deputies Hrachya Hakobyan, Vahagn Aleksanyan and Sisak Gabrielyan from turning into heroes. Moreover, everyone was surpassed by the chairman of the NA commission on foreign relations, a former DJ (although there are no former DJs) Eduard Aghajanyan, who stated that Gerasim Vardanyan, who was involved in the case of mass riots on the night of November 9-10, was the main character in the scuffle in the National Assembly. 2020 year. Moreover, Aghajanyan openly instructed law enforcement officers to immediately imprison the deputy’s assistant!

We will quote: “I want to express dissatisfaction with our law enforcement agencies, because it was assumed that individuals who showed such hooligan behavior a year ago, instead of turning around in the corridors of the National Assembly, should have been punished in places of detention.” Just in case, let us remind Aghajanyan: Gerasim is not being prosecuted in the case of the events on the night of November 9-10, 2020 as a defendant!

The injured assistants of the deputies Gerasim Vardanyan, Sevak Nazaryan and Taron Ghazaryan have already been summoned to the SNB to give explanations. As Vardanyan stated, “The authorities are carrying out political persecution against me and my party (he is a member of the ARF – GM). Pashinyan serves the interests of Aliyev. As a citizen of Armenia, I have nothing to say to this structure. If they want to take me into custody, let them name the place and time, I will come and surrender voluntarily. We are ready to answer for our every act and go to the end. ”

We add that Gerasim Vardanyan is a participant in the April War, and was wounded during the 44-day war. In the parliamentary elections of 2021, he was a candidate for deputy from “Armenia”, taking 49th place in the bloc’s electoral list.

NOW, AS A VOICE-OVER SAID in “Seventeen Moments of Spring” – information for thought. The case of the riots on the night of November 9-10, 2020 and the beating of the then NA Speaker Ararat Mirzoyan is being investigated by the senior investigator of the NSS Investigation Department Suren Navoyan. Well, the same Navoyan who, in the spring of 2018, as an investigator of the Malatia-Sebastia administrative region, went over to Pashinyan’s side and made fiery speeches in Republic Square. After Pashinyan came to power, he, of course, was not forgotten and was promoted. It turns out that Aghajanyan, from the parliamentary rostrum, gave instructions to imprison Vardanyan.

So, Navoyan, get ready to imprison the next oppositionist and don’t try to get out of hand. After a fight in Ruben Rubinyan’s office, you understand, one of the parties must be punished: either the State Duma deputies who attacked the opposition, or the oppositionists who were subjected to violence by the State Duma deputies. Guess who exactly will be punished? So I think so. Our sighted Themis has already squinted all her eyes from under her bandage.

Remember the beginning of Gianni Rodari’s book about Cipollino? The ruler Lemon, who, because of the crush, Cipollone’s father accidentally steps on his foot, declares him a “dangerous rebel” for this and sends him to prison. On a date with his son, Cipollone explains: “Prisons are for those who steal and kill, but Prince Lemon has the opposite: thieves and murderers are in his palace, and in prison there are honest citizens.” An Italian wrote about the “new Armenia”, about our “Prince Lemon”.

What the Pashinyan regime is doing today can be called “the policy of breaking thermometers.” As you know, temperature is evidence of a painful process in the body. And in order for society to miss the moment when the temperature reaches dangerous limits, it is necessary to break all thermometers and shut the mouths of those who shout “The King is naked!”

By the way, the tale is silent about what happened to the boy who told the truth about the king. Maybe they opened a criminal case against him for insulting His Majesty and chose arrest as a preventive measure? Or did they immediately chop off their head?

Robert Kocharian: We will continue to fight, all fake cases will be destroyed