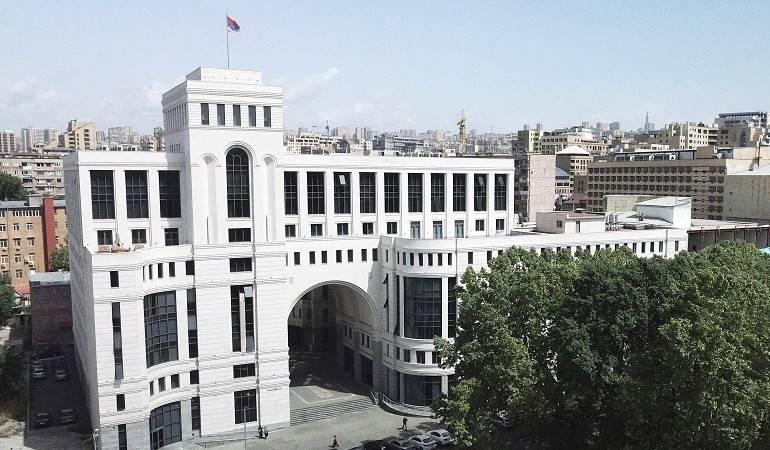 The Ministry of Foreign Affairs has issued a statement. We present it in full below.

“Armed provocations by the Azerbaijani armed forces along the entire Armenian-Azerbaijani border are daily. Vahe Vagharshaki Manaseryan, a serviceman of the Armenian Armed Forces, was killed and eight others were wounded in a similar provocation on December 10.

Expressing deep condolences to the family of the killed serviceman, wishing the wounded servicemen a speedy recovery, the Ministry of Foreign Affairs of the Republic of Armenia condemns the provocative actions of Azerbaijan, states that they are of a planned nature and aims to further aggravate the situation in the region.

This protocol is based on the fact that Azerbaijan is constantly developing the absurd rhetoric of the so-called “Zangezur Corridor”, which contradicts the 2020 plan. The trilateral statements of November 9, 2021, November 26, November 26, the agreements reached in Sochi on November 26 և openly show ambition for the sovereign territory of the Republic of Armenia.

The units of the Azerbaijani Armed Forces They have been illegally invading the sovereign territory of the Republic of Armenia since May 2007 and occupying an area of ​​more than 40 square kilometers. Today’s incident took place in one of these occupied areas.

To date, Azerbaijan has not responded to the proposal of the Republic of Armenia on the mirror withdrawal of troops, which was handed over to the Azerbaijani side in writing on November 26.

The Republic of Armenia, its main security partner, draws the attention of the Russian Federation, the Collective Security Treaty Organization, the UN Security Council, the OSCE Minsk Group Co-Chairs and the entire international community to the above facts, as well as to the fact that official Baku continues to use force. to express clear threats to the sovereignty and territorial integrity of the Republic of Armenia, violating the basic principles of international law, including the UN Charter, endangering regional and global security.

The Republic of Armenia calls on the Republic of Azerbaijan to refrain from provocative rhetoric and actions, not to hinder the efforts to establish peace and stability in the region.

The Ministry of Foreign Affairs of the Republic of Armenia thinks that one of the ways to avoid further aggravation of the situation may be the mirror withdrawal of troops from the Armenian-Azerbaijani border and the launch of an international monitoring mechanism along the border. “