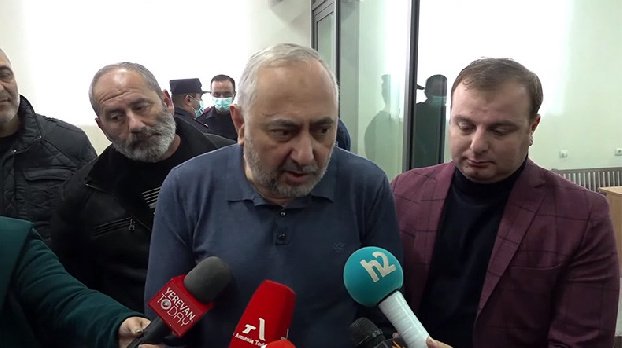 11 December 2021, 08:00 – News – A member of the National Assembly from the opposition “Armenia” faction, a well-known doctor Armen Charchyan was released from custody in the courtroom a little earlier.

The Yerevan Court of First Instance, chaired by Judge Vahe Misakyan, ruled to replace Armen Charchyan’s measure of restraint from arrest with a recognizance not to leave.

The judge said that the decision can be appealed to the Court of Appeal within 10 days after receiving it.

Those present greeted the decision to release Charchyan from custody in the courtroom with applause.

Charchyan left the courtroom, embraced his wife and colleagues who were waiting for him at the door.

We must move forward, that is the logic of life. Armen Sargsyan met with members of the executive body of the Qatari Armenian community