The law enforcement bodies of the Republic of Armenia detained five out of 10 prisoners who returned to their homeland from Azerbaijan on December 4. This information was confirmed to Sputnik Armenia by the press secretary of the Investigative Committee Vardan Tadevosyan. “Currently, five servicemen have been detained within the framework of a criminal case on the fact of violation of the rules of military service and combat duty, which led to grave consequences,” he said. 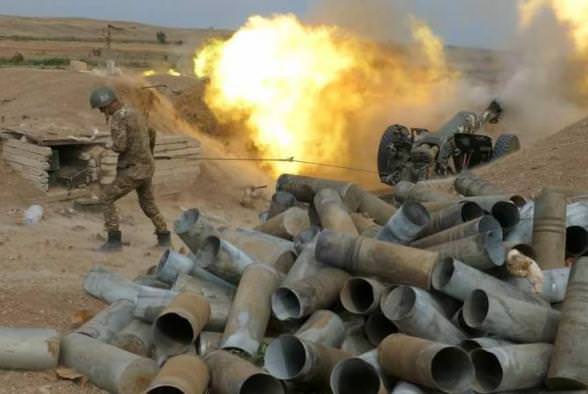 BUT IT IS IMPOSSIBLE TO DEFAULT. The big question is whether these servicemen would have been detained if Nikol Pashinyan had not announced in parliament a few days before their return that it is still necessary to find out under what circumstances these people were captured by Azerbaijan. For more than a year, at least, groups of prisoners of war have periodically returned, but so far the fact of their arrival at home has never been accompanied by a report of detentions.

It is unlikely that the circumstances of the capture of everyone who ended up in Azerbaijani prisons during the 44-day war, and even after, were clear and unambiguous for the leadership and law enforcement agencies of Armenia. However, in the context of this article, the issue of prisoners of war is just another reason to return to the topic of legal and political assessment of the results of the last war and an illustration of the politicized and situational reaction of the current government to issues related to the army and the security of the country as a whole.

Over the past year, it has been said more than once that the so-called debriefing following the results of the war should have become the highest priority task of any government interested in the process of the earliest rehabilitation of the army and the restoration of the security system that was pretty battered by the war. Moreover, debriefing obviously should not be limited to organizational conclusions, identifying the circle of persons responsible for the failures. This, as they say, goes without saying. But it is much more important to learn lessons from the past war, identify shortcomings, determine the main reasons for the defeat and try to eliminate them, first of all, in the system of the Ministry of Defense.

For example, the way it was done after the 4-day April 2016 war. A professional analysis was carried out, errors were identified, on the basis of which decisions were made on personnel and structural issues, and regarding weapons. In a word, the leadership of the army and the country tried to learn the very lessons and increase the effectiveness of the country’s armed forces. This is despite the fact that in the 4-day war the Armenian side did not suffer defeat, and the losses amounted to hundreds of hectares of territories and dozens of dead.

We lost the 44-day war; in terms of losses, its results were disastrous. But even more catastrophic was the complete unwillingness of the authorities to quickly understand what happened, comprehensively study and analyze the actions of the armed forces during the war, identify problems and quickly correct mistakes, trying to restore at least a little bit the potential of the Armenian army and the country’s security system.

In essence, the opposite was done. Suffice it to say that after David Tonoyan resigned on November 20, the post of defense minister was passed from hand to hand three times. Note that 4 people were in charge of the department during the year. Even in the smallest organization, this frequency of leadership changes will lead to complete paralysis. And then the whole Ministry of Defense. What kind of debriefing can we even talk about if those responsible for the most important sphere are changed like gloves?

PLEASE THE ONLY THAT THIS POWER COULD DO, demonstrating a reaction to the catastrophic results of the war, is the criminal prosecution of individual military men of different caliber (from general to soldier), incriminating them with desertion, corruption and deeds. Let’s put it bluntly: all this fuss is as far from a desire to learn lessons as the current government is far from the national and state interests of Armenia. This is the distance of a gaping gap (in diameter) in the country’s current security system. And the gap is constantly growing, since no one is going to draw conclusions from the last war.

In this context, one cannot ignore the issue of forming a parliamentary commission of inquiry on the 44-day war. In early July of this year, then acting Prime Minister Nikol Pashinyan, at a meeting dedicated to the Day of the Prosecutor’s Office Worker, stated that the circumstances of the war in Artsakh require a serious and thorough investigation.

“There are questions to which the public must get answers. A separate question is which part should be considered within the framework of the judicial system, which should be discussed in the format of a commission or other formats provided for by law, but it is important to note that all the circumstances of the 44-day war and other related circumstances must be necessarily investigated. and where there is a question of criminal-legal assessment, a criminal-legal assessment should be given. Where there is a problem of political assessment, a political assessment should be given, ”he said.

In September of this year, Andranik Kocharian, Chairman of the Standing Committee on Defense and Security of the National Assembly, stated that the commission to investigate the circumstances of the 44-day war would be set up as soon as possible. “Everyone who was involved in the war will be invited to its meetings, including Prime Minister Nikol Pashinyan, Artsakh President Arayik Harutyunyan, former Defense Minister Seyran Ohanyan and others. Many officials announced their intention to take part in the work of the commission in order to finally understand the origins of the defeat, ”Kocharian said.

In October this year, Speaker of the Parliament Alen Simonyan said that a parliamentary commission to investigate the circumstances of the war will certainly be created, but it is necessary to complete the procedures preceding its formation. According to Simonyan, it looks somewhat ridiculous, but there are deputies (both in the ruling faction and in the opposition) who have not yet signed the corresponding confidentiality document.

It’s December, but the commission hasn’t been created. It’s December, and no one even came close to a legal and political assessment of the circumstances of the 44-day war. Yes, law enforcement agencies periodically catch someone and jail someone. But these are just special cases that have nothing to do with simple, but main questions: why did we suffer defeat in the war and what to do to prevent this from happening again?

In the meantime, there is no answer to these questions, both political and legal, while personnel experiments are being carried out in the Ministry of Defense and leapfrog reigns, the enemy constantly threatens a new war. And not only in words …