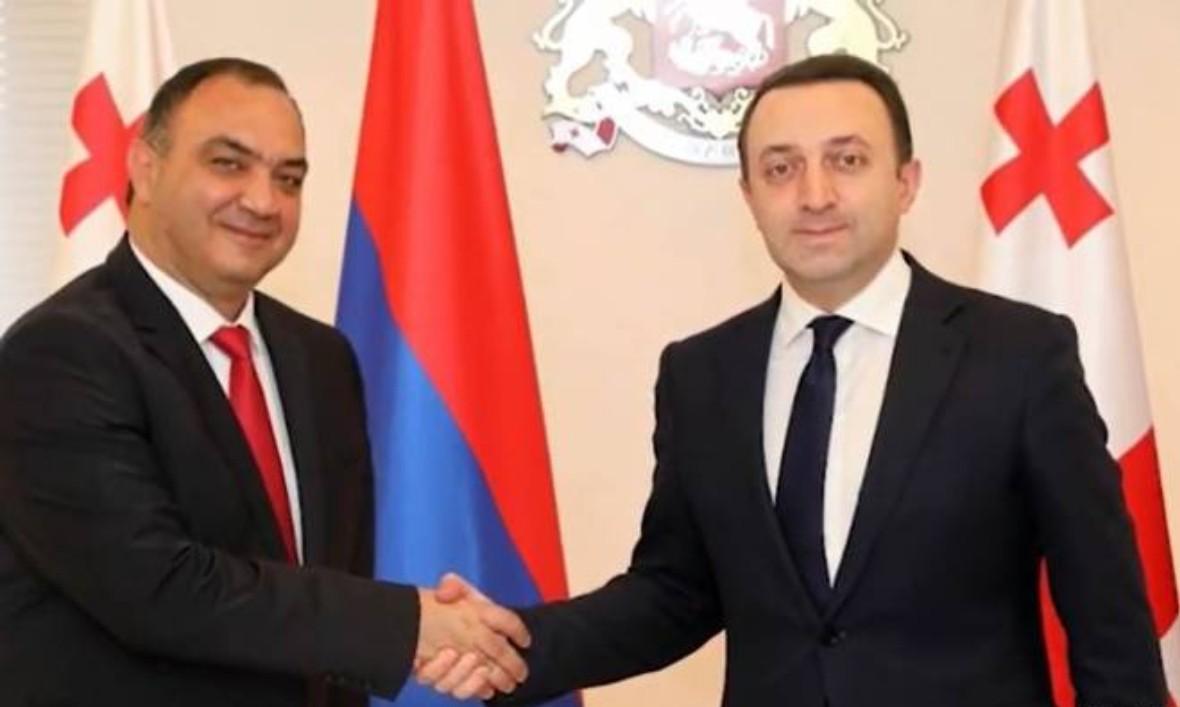 The delegation headed by the Chief of Police, Major-General of the Police Vahe Ghazaryan was on a working visit to Georgia from December 8 to 10.

According to a statement issued by the police, on December 8, Georgian Prime Minister Irakli Garibashvili received Chief of Police Vahe Ghazaryan.

On the same day, the delegation led by the RA Chief of Police, Major-General of the Police Vahe Ghazaryan received the Minister of Internal Affairs of Georgia Vakhtang Gomelauri. They laid a wreath at the monument to the policemen killed in the line of duty.

The Chief of Police thanked for the invitation and the warm reception. Highly appreciating the already established cooperation between the Ministry of Internal Affairs of Georgia and the Police of the Republic of Armenia, he noted that it is effectively developing in all directions of operative service, daily work is carried out in search, detection and extradition of persons, and expressed confidence that this meeting is a new stage. will be in good neighborly relations.

During the visit, Vahe Ghazaryan visited the Patrol Police Department of Georgia, where the functions and tasks, structure, work carried out to improve the patrol police were presented in detail. The Chief of Police got acquainted with the building conditions of the Georgian Patrol Service, the technical equipment of the vehicles used during the service, as well as the uniform of the patrol inspectors and special equipment.

The delegation of the RA Police was also hosted in the 112 operative control center of Georgia. The work of the center, the process of receiving, coordinating, registering and directing alarms were presented.

The police delegation also visited the Academy of the Ministry of Internal Affairs of Georgia, got acquainted with the training and retraining of patrols, training programs and plans. Practical exercises of police actions to support the victims of domestic violence and neutralize the criminals were shown.

During the visit, Chief of Police, Major General Vahe Ghazaryan invited the Minister of Internal Affairs of Georgia Vakhtang Gomelauri to Yerevan to discuss further issues of cooperation in various areas of operative service, “the police statement reads.