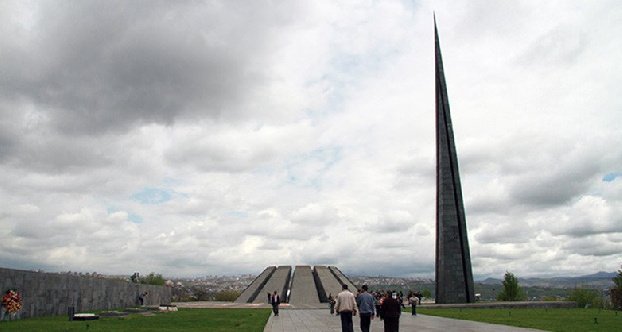 December 9, 2021, 16:20 – News – December 9 marks the International Day of Remembrance for the Victims of the Crime of Genocide, the celebration of their dignity and the prevention of this crime.

As a reminder, in September 2015, the UN General Assembly, on the initiative of Armenia, by its resolution (A / RES / 69/323), decided to proclaim December 9 as the International Day of Remembrance for Victims of the Crime of Genocide, honoring their dignity and preventing this crime.

The date was chosen due to the fact that on this day in 1948 the General Assembly adopted the Convention on the Prevention and Punishment of the Crime of Genocide.

The resolution was adopted at the 103rd plenary meeting of the 69th session by consensus, it was approved by 80 member countries of the Assembly. The initiative proceeded from the provisions of the Armenian-submitted resolution on the prevention of genocides, adopted at the 28th session of the UN Human Rights Council held on March 27, 2015 in Geneva.

This resolution is aimed at complementing the efforts of Armenia aimed at stimulating and consolidating international activities in the fight against the crime of genocide.

The purpose of this Day is to raise awareness of the Convention on the Prevention and Punishment of the Crime of Genocide and its role in combating and preventing genocide, as defined in the Convention, and to commemorate and honor its victims.

By adopting this resolution without a vote, all 193 member states thereby reaffirm that each individual state is responsible for protecting its population from genocide, that such responsibility implies the prevention of this crime, including incitement to it.

The Convention on the Prevention and Punishment of the Crime of Genocide (article 2) defines genocide as “the following acts committed with intent to destroy, in whole or in part, any national, ethnic, racial or religious group …”:

killing members of such a group;

causing serious bodily harm or mental harm to members of such a group;

the deliberate creation for any group of such living conditions that are designed for its complete or partial physical destruction;

measures designed to prevent childbearing among such a group;

forcible transfer of children from one human group to another.

The Convention affirms that genocide, whether committed in peacetime or war, is a crime that violates international law and against which the parties to the Convention undertake to “take preventive measures and punish for its commission” (article 1). The main responsibility for the prevention and suppression of genocide rests with the state in which the crime is committed.

Over the past decades, Azerbaijan has openly and deliberately encouraged any illegal actions directed against the Armenians. Gegham Stepanyan