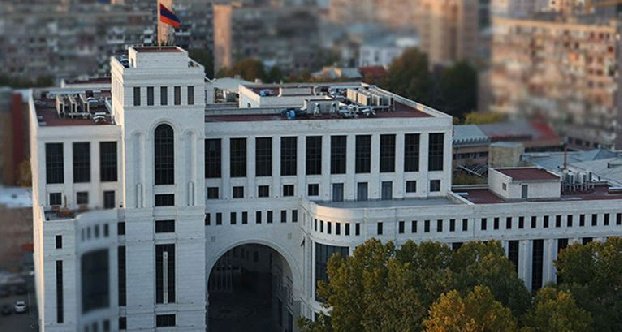 The Armenian Foreign Ministry issued a statement on the occasion of the International Day of Remembrance for the Victims of the Crime of Genocide, which reads:

“On December 9, 1948, the UN General Assembly adopted the first human rights agreement – the Convention on the Prevention and Punishment of the Crime of Genocide.

The Convention on the Prevention and Punishment of the Crime of Genocide clearly states that “throughout history genocide has brought great losses to humanity,” thereby confirming that crimes of genocide took place even before the adoption of the Convention. An example for the development of the Genocide Convention was the Armenian Genocide, which was publicly announced by the author of the text of the Convention, Rafael Lemkin.

Another important feature of the aforementioned Convention is that the states that have acceded to this document undertake a legal obligation not only to punish but also to prevent genocide. This circumstance is extremely important for the universal protection of national, ethnic, religious and racial groups.

Despite the tremendous work that has been done, the international community still needs to make additional efforts for a timely and adequate response, including condemnation of gross violations of human rights and international humanitarian law and bringing to account the states that commit genocide.

Today, the methods and types of genocide are different, but those who justify genocide have not changed the desire to achieve geopolitical goals through mass atrocities.

In 2015, through the efforts of Armenia, December 9 was included in the list of UN International Days as the International Day of Remembrance for Victims of the Crime of Genocide, honoring their dignity and preventing this crime.

The resolution on the prevention of genocide, put forward by Armenia and adopted by consensus at the UN Human Rights Council in 2020, clearly states that justifying genocide, prejudice and denial of past crimes increase the risk of a recurrence of violence.

Historical memory, education and the dissemination of accurate information are essential to prevent the recurrence of genocides.

Dominance or justification of the use of force against national, ethnic, religious or racial groups is inadmissible.

The Republic of Armenia will continue to work consistently to raise awareness of past genocides, the dangers of their impunity and new challenges. ”