Lawyer Vahan Hovhannisyan published the testimonies of several military men from Shirak region, who had previously returned from Azerbaijani captivity. We are talking about the defenders of the villages of Khtsaberd and Khin Tager in the Hadrut region of Nagorno-Karabakh, who were captured during the clashes in December last year. Some of them later returned to their homeland. In September 2021, one of the commanders of the detachment, Lieutenant Colonel Arsen Ghazaryan, was arrested as part of a criminal case on this matter. As Hovhannisyan explained to Sputnik Armenia, it is he who protects the interests of the officer in court, and the testimony was given as part of the preliminary investigation. 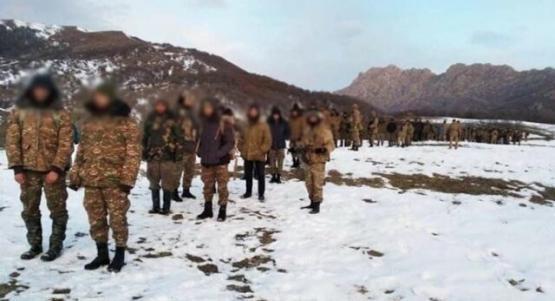 Earlier, Hovhannisyan stated on his Facebook that 62 soldiers from the Shirak region, fully equipped, surrendered to Azerbaijani soldiers without a single shot. Many users doubted the authenticity of this statement, after which the lawyer decided to publish on the social network excerpts from the testimony of soldiers who returned from captivity (they were interrogated as part of the investigation into the case of Lieutenant Colonel Kazaryan).

As Hovhannisyan writes in his account, there is actually a lot of testimony, but he will limit himself to only 10-12 military men.

According to the publication of the lawyer, the victim S.S. gave testimony that “when we, in the composition of 62 people, continued to walk to (item not specified – ed.) …, after sitting there for 15-20 minutes, we decided to approach the guys in front of us to understand what was happening there. told that from the side of the enemy someone in competent Russian tells them – do not worry, everything is fine ”

When S.S. approached, then saw that on the road there were 4-5 of his comrades in arms, a few meters away from them lay an abandoned Armenian weapon. And next to them was an Azerbaijani serviceman (Russian-speaking), who told the others to surrender their weapons, because this is the order.

“Going forward, we saw that 3-4 armed Azerbaijanis were standing next to the fire … In the initial minutes there were only 7-8 Azerbaijanis.”

Another victim R.K. told during the interrogation that all of them – 62 people – “left these positions.” One by one, they handed over all their equipment, after which the Azerbaijanis tied them up and took them away in an unknown direction, saying that they would hand them over to Russian peacekeepers, and whoever resisted, would be killed on the spot. He also claims that there were about 7 Azerbaijani soldiers and their commander there.

The rest of the interrogated gave similar testimony. The only difference is that the testimonies of several military men include servicemen of the Azeri special forces “Yashma”. The rest of the figures are the same – 62 people from the Armenian side, and up to 10 – from the Azerbaijani side. Judging by several testimonies, the Armenian servicemen did not immediately recognize the enemy soldiers who had come out to meet them, mistaking them for their own. It can also be assumed that the detachment was unable to correctly orient itself on the ground, did not have full information about the location of the enemy’s positions and their own positions.

When asked by Sputnik Armenia about whether these testimonies are subject to publication, the lawyer said that they were handed over to him by law enforcement officers and were not a secret of the preliminary investigation.

According to him, the investigation conducted a confrontation between the former prisoners and the battalion commander. The military’s claims are addressed not to Kazaryan, but to higher authorities. Hovhannisyan also added that in connection with this story, a criminal case was initiated only against the lieutenant colonel, the prisoners have the status of victims.