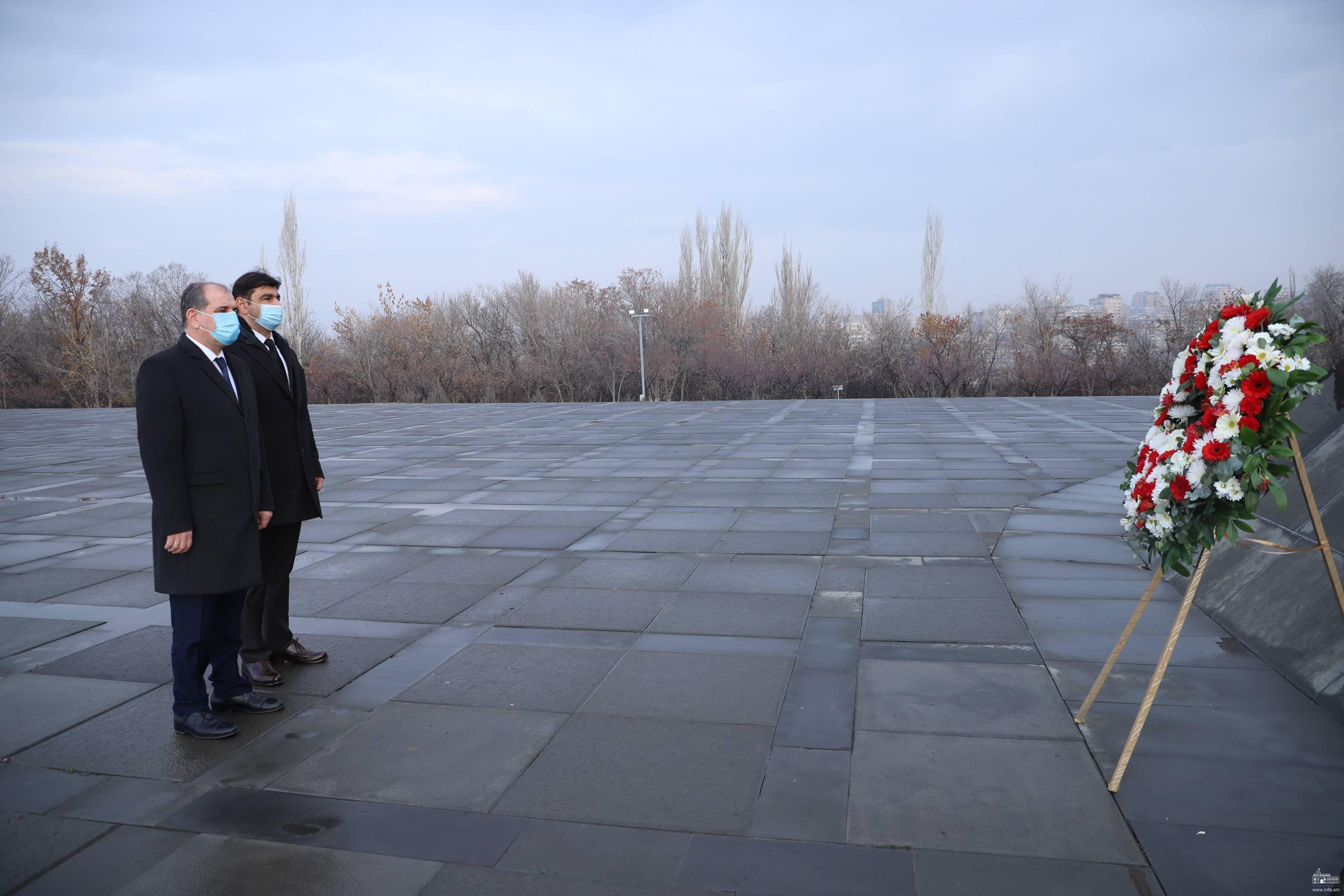 On December 9, on the occasion of the International Day for the Remembrance and Dignity of the Victims of the Genocide, Armenian Deputy Foreign Minister Armen Jondyan, Secretary General of the Ministry of Foreign Affairs Boris Sahakyan and other officials paid tribute to the memory of the Armenian Genocide, Holocaust and Assyrian Genocide. :

2015 At the 69th session of the UN General Assembly on September 11, 2006, UNSCR 69/323 was unanimously adopted, declaring the International Day for the Remembrance, Dignity and Victim of the Genocide victims.