The power of the traitors prepares to surrender the corridor

Azerbaijan and Turkey, after satisfying their main demand – surrender of most of Artsakh, presented Armenia with another condition: to provide the “Zangezur Corridor”. Moreover, Aliyev is already demanding to name the timeframe, otherwise threatening to take him by force. Earlier, Ankara also officially put forward the opening of the corridor as a precondition for the normalization of Armenian-Turkish relations. In this light, the appeals-pleas of the pro-Western political forces of Armenia to NATO to “take care of us” are noteworthy. 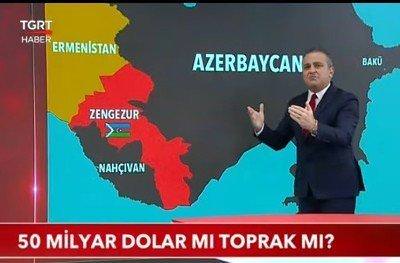 TURKEY, WHICH WAS IN ACTUAL WAR AGAINST US, having become a party to the Artsakh conflict, is a NATO member and has a second army in this military alliance after the United States. It plays a significant role in the Middle East region and has captured the territories of many neighboring countries. Turkey is constantly trying to expand to the east, proof of this is its active participation in the aggression against Artsakh and the Russian-Turkish monitoring center in Akna. By strengthening its military-political positions in the South Caucasus region, Ankara, on the one hand, is trying to achieve its long-standing dream of annihilating the Armenian presence here, on the other, it is clearing its way to Central Asia.

The realization that today Baku’s dependence on Ankara is enormous, moreover, forecasts that Azerbaijan will collapse or become part of the Turkish state are not only not comforting, but also much more dangerous. Because in this case the very fact of the existence of the Armenian statehood in a geographical sense will be called into question. At the first opportunity, for example, in the event of a potential large-scale Russian-Ukrainian war or Iranian-Afghan border battles, in a word, in the event of any regional instability, Turkey will try to destroy Armenia, including physically, by military force.

This country has wedged itself into the issue of deciding the fate of Artsakh and Syunik, that is, Armenia, and no effective steps have been taken to keep it away from the South Caucasus region. It turns out that the issue of security of the borders of Armenia depends exclusively on the level of cooperation with our strategic ally and friendly countries. The more Turkey builds up its presence on our territory, starting with exercises in captured Artsakh and ending with the release of communications, the greater threats and new losses Armenia will face.

Given the inaction of the RA authorities, one should not think that Iran at any cost will disrupt the provision of automobile communication from Azerbaijan to Nakhichevan, especially since it will pass not through Meghri, but through Sisian. Tehran will definitely not go beyond military exercises in the border zone and will not jeopardize its relations with Azerbaijan.

In post-war Armenia, clear tasks have not been formulated that should be set for a soldier on the front line, before the diplomatic front. Just as in the days of the war, “We will win” was repeated without a concrete perception of victory, turning the very idea into some kind of amorphous and vague concept, so now, under the guise of abandoning the “corridor logic,” the enemy is in fact given a corridor.

There will not be an end to the creeping war, the point in the capture of Artsakh and Armenia will not be set until all the concessions promised to the enemy are made, and the preconditions are not fulfilled.

David Sargsyan, “The Voice of Armenia”

Kimikh will not play this year. he was infected with the coronavirus