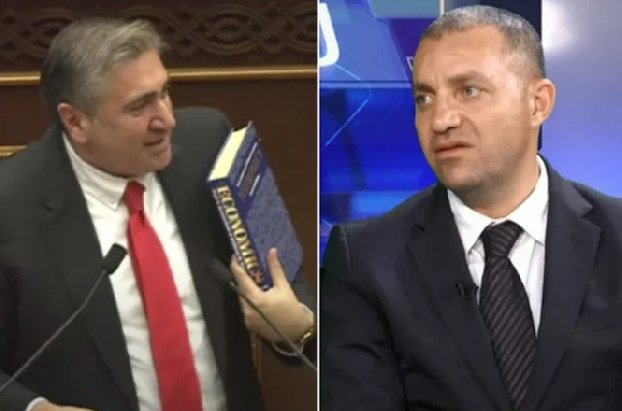 December 9, 2021, 08:00 – News – On Wednesday, the head of the Armenian Ministry of Economy Vahan Kerobyan was presented with the book “Economics” by the famous American scientist, Nobel Prize winner in economics Paul Samuelson.

During the meeting, the deputy from the “Armenia” opposition faction Artur Khachatrian recalled Kerobyan’s words about the economic growth in the country. So, a few months ago, Kerobyan first predicted a double-digit GDP growth by the end of 2021 (promising to resign otherwise – ed.), And later clarified that he was talking about nominal economic growth.

After that, the deputy asked Finance Minister Tigran Khachatryan to give his colleague Kerobyan as a gift Samuelson’s book (the famous textbook on economic theory, which has not lost its relevance for fifty years – ed.).

According to the preliminary data of the National Statistical Committee of the Republic of Armenia, the GDP of Armenia in the 3rd quarter of 2021 registered an increase of 2.7% compared to the same period in 2020.

Forecasts for the Armenian economy